It’s still one of the best experiences you’ll ever have. Still, you’ll have to be extra careful especially when you’re already 8 months pregnant with twins.

Here are things that you can expect from 32 weeks onwards.

8 months Pregnant with Twins: What to Expect

On the 32nd week, your babies will already have their own nails covering their tiny little fingers and toes. Some babies even have a full crown of hair. Their torsos, arms, and legs will be filling out as they progress. In some cases, the babies are born after a few weeks.

On an average, your babies will be 1.7kg (3.7lbs) each. From head to heel, they are around 42cm (16.5in). However, it is normal that one twin will be bigger than the other. In some cases, the twins are smaller or bigger than expected.

The babies’ heads are now more proportioned with their bodies. If you’re checking on them through ultrasound, they’ll be looking a whole lot like newborns now, and that’s enough to get you excited. Usually, your twins will still grow for another 600g (1.5lb).

Your babies’ movements will also be more limited. Of course, that’s because their space is also limited. But there’s no need to worry; you’ll still feel them squirm and that’s enough confirmation that they are well.

One helpful tip to get them wriggling is to drink something cold and then lie for a little bit. However, if this doesn’t help or you’re simply worried, you can always call your physician or midwife.

This is also the stage wherein your twins undergo REM or rapid eye movement. Our dreams happen during this period, so it’s likely your babies are also dreaming.

You should also begin talking to your babies. Their hearing is now more developed. Your voice will help them quickly be familiar with you after their birth. 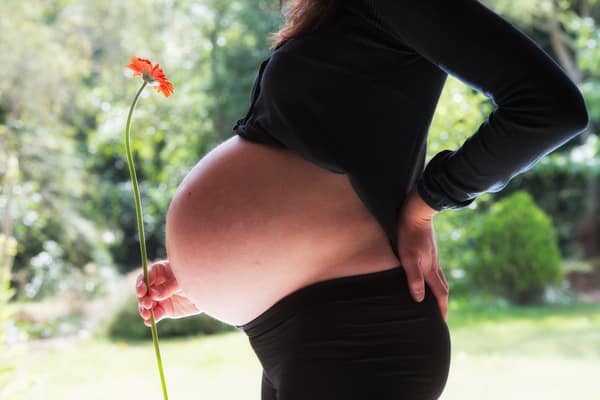 You won’t be the only one who’s preparing for birth. Your twins will also do their part! They’ll start turning upside-down, with their heads positioned downwards. However, you and your midwife should also monitor them as some of them turn back around.

While some babies are indeed born with their feet first, it can be a little difficult especially for the baby. This kind of birth is known as breech.

Babies are not yet considered breech during the 32nd week as they still have a little room to turn around. However, if they haven’t positioned normally during the 35th or 36th week, your physician might consider a cesarean birth.

Breech pregnancies aren’t dangerous until it’s time for your babies to be born. There is a higher risk for the baby to be left in the birth canal. Their oxygen supply through the umbilical cord could also get cut off. That’s why most physicians would advise you get a C-section.

While women carry their pregnancies differently, twin pregnancies often take up the entire abdomen. Your bulge will be more prominent than usual. Plus, it will be heavier. The muscular wall of the uterus gets thinner so you’ll definitely see your babies’ movements.

You’re now more prone to back pain and exhaustion. That’s why you need to take a rest whenever you get the opportunity. It will be tough going around with that belly so you’ll likely pass the household chores to your husband. Taking naps, relaxing with movies or books are a great way to spend time.

Apart from your daily walks, you should really be resting as much as you can. Naps and putting your feet up could help the blood flow to the placenta – which then helps the babies grow more.

You should also start learning and practicing Kegel exercises. Your pelvic floor muscles are in a lot more strain with multiple pregnancies, and the exercise helps it.

From the beginning until the end of pregnancy, you should eat as healthily as possible. If you’re carrying twins, you’ll need certain nutrients to help nourish them and yourself. Eating anything rich in iron and protein will greatly benefit the babies and will leave you feeling energized.

That being said, you should eat a lot of lean red meat, some iron-fortified cereal with milk, cottage cheese, pudding, and beans.

Don’t be Afraid to Ask for Help

That doesn’t only mean asking your physician or your midwife for some help. It also means don’t hesitate to ask your husband or your family for some help around the house. Your movement is now limited and you are more prone to accidents, especially as you really can’t see well where you’re stepping.

Going to your physician will require more energy from you so don’t ever go alone. Always ask someone to accompany you – whether it’s your husband, your parents, or friends. In case you are left alone at home, always have your family and hospital’s phone number on speed dial.

As the weeks go by, it will get a little harder until you’ll feel labor pains and then ultimately, the moment of truth. In just a month or so, you’ll be a mom of two.

But for now, you’ll just want to enjoy being 8 months pregnant with twins.

Sure, it can be a hassle, but it may be the last time you’ll be having multiple pregnancies as your next one is more likely to be a singleton. With all the bulging, swelling, and exhaustion, giving birth to two healthy babies is a dream come true.

How Long Do Implantation Cramps Last?