How Early Can You Detect Twins?

Can you tell right from the first pregnancy test? Or are there any symptoms unique from singleton pregnancy symptoms?

If you are suspecting you have twins, read on.

How Early Can You Detect Twins?

So really, how early can twins be detected? The only way you can tell you are having twins is through ultrasound. Baby Centre says the earliest detection can happen around 10 weeks to 13 weeks and six days during a dating scan.

Your physician can also confirm your pregnancy situation early on through blood test results. They are likely to notice fundamentally high levels of human chorionic gonadotropin or hCG in the blood.

This is usually a sign of twin pregnancy, but not always.

According to Amos Grunebaum, M.D., chief of labor and delivery and director of obstetrics at New York-Presbyterian, there’s often an increase in blood hCG titers for a twin pregnancy. But it also happens in some cases of singleton pregnancies.

The wide range of hCG titers for singleton and twin pregnancies makes it impossible to confirm whether a pregnant woman is having twins.

You can also try early scans if you’re willing to pay. This can help in confirming whether you have twins and what type of twins they are.

Di-di twins which means the twins have their own inner and outer sacs and placentas. They can be detected as early as 5 weeks. You’ll be able to detect the sacs, but you won’t hear heartbeats yet.

Mono-di or mono-mono twins can be detected after a full 6 weeks. These types of twins can share their sacs or just the outer sac. They can only be detected via heartbeat so unless you are able to hear theirs, there won’t be any confirmation as to how many you’re actually conceiving.

You’ll also likely get an early scan if you experienced bleeding or spotting.

While these are known as negative symptoms, these are actually rather common during multiple pregnancies.

Still, it is important to check your health and situation overall.

Vaginal scans can also be used to confirm twin pregnancies. It can locate two gestational sacs even when you’re just five weeks into the pregnancy.

A probe will have to be inserted into the vagina to send waves to a computer and create a picture. This is a simple procedure and won’t hurt you or the babies in any way. Still, you will feel a little discomfort.

It is possible that two babies will be conceived, but only one develops. This is known as the vanishing twin syndrome.

Normally, you will see the both babies during an early scan. But after several weeks during a dating scan, only one can be seen. This is actually more common than you think. Many twins are conceived but are not born.

When an embryo forms, a protective membrane grows around it, filled with fluid. This is known as the gestational sac. What happens is that some embryos simply stop growing and are absorbed into the sac.

If a twin pregnancy has been found early on, about one in five will have one of the babies disappear before 12 weeks.

It is completely natural to feel confused and depressed after knowing you should have had twins. If it becomes too much of a problem and the emotions are complicating your pregnancy, you might want to consult with experts. 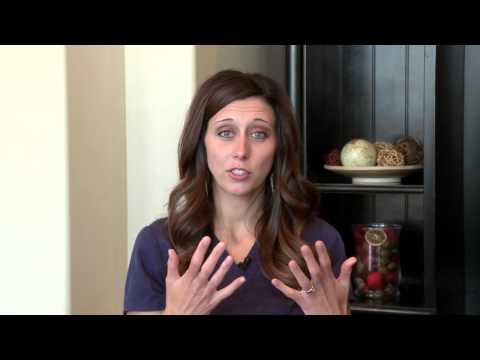 Apart from spiked hCG levels, women who experienced twin pregnancies also shared the symptoms they had. Most of the time, it is more exaggerated than singleton pregnancies.

For example, a woman who is conceiving twins is likely to feel more symptoms of nausea and vomiting.

If you suspect you are carrying multiple babies, you’ll be experiencing an extreme version of morning sickness and hyperemesis gravidarum – a case when a woman’s vomiting and nausea is so severe, they require intravenous fluids (IV fluids).

Experts don’t see a woman’s weight increase and size as a definitive sign of twin pregnancies. However, many twin moms related they had bigger bumps that appeared early on. This tipped them off that they were not having a normal pregnancy.

For normal types of pregnancies, weight gain does not happen until the second trimester. However, moms who are suspecting they’re carrying twins are more likely to gain weight early on.

Instead of the usual 25 to 35 pounds of weight gain, twin pregnancies can cause an increase of 35 pounds up to 45 pounds due to the presence of another baby.

During each checkup, your doctor will measure your uterus and your weight gain. Prenatals can happen during the 8th week, as it normally would. However, your doctor might ask to see you earlier if you and your doctor suspect a multiples pregnancy.

An unusual weight gain and uterus size is normally a sign of conceiving twins, especially when it happens pretty early on.

But there are also other factors that can trigger such effects such as excess amniotic fluid and incorrect due date.

Without any confirmation, all you really have is a “feeling” and sometimes, things won’t work out the way you want it to and you’ll end up emotionally unstable. If you are indeed pregnant, that is the last thing you want to happen.

So again, how early can you detect twins? To guarantee, visit your physicians around 11 to 13 weeks for an ultrasound confirmation.