Miscarriage of One Twin: Causes, Symptoms, And How to Cope

Losing a child in utero is the worst fear of every expectant mother. Sadly, it happens quite often, especially in the early months of pregnancy and particularly with twins and multiples. It’s also possible to experience the miscarriage of one twin and continue to carry and deliver the other.

The loss of a twin in the womb is a slightly bigger risk in an identical twin pregnancy, where the babies share one placenta and possibly even one amniotic sac.

No one wants to imagine that this kind of thing could happen to them, but one must be prepared nonetheless. Here’s everything you need to know about the loss of one twin, why it happens, and how to cope in the aftermath. 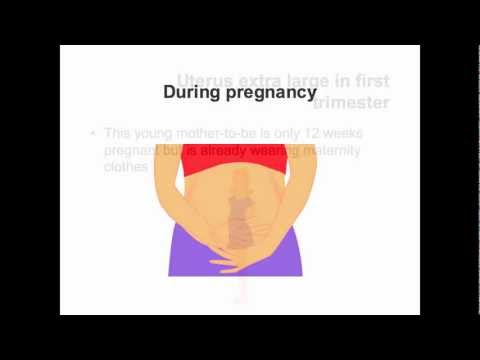 Pregnancy loss in the first two trimesters is slightly more common in twin pregnancies than in single pregnancies.

While it is sometimes impossible to figure out what leads to an early miscarriage, it usually happens because the embryo did not develop as it should. This means that pregnancy loss at this early stage isn’t preventable and is not caused by something the mom or her partner has done.

It sometimes happens that mum will go in for an early ultrasound scan (before 12 weeks) and will tell her that she is expecting twins based on there being two heartbeats or amniotic sacs.

Occasionally, they return for the next scan (usually for the 12-week dating scan) and will tell her that they have experienced “vanishing twin syndrome.” This means that only one baby was detected and that the other had been reabsorbed.

If you were already expecting twins and had it in your mind that you would be bringing home two adorable babies at the end of your pregnancy journey, this would be understandably upsetting.

The good news is that a pregnancy loss this early on should have no detrimental effects on the surviving twin and the rest of your pregnancy.

Vanishing twin syndrome is a rather blunt term for a situation that often leaves parents feeling bereft. This occurs when mum is carrying twins or multiples, and one of the twins (or multiples) essentially disappears and cannot be detected during an ultrasound scan.

The word “vanishing” is used because the fetal tissue is fully or partially reabsorbed by the mother, the other twin, or the placenta.

If the miscarriage occurs very early on in the pregnancy (within the first three months), there are typically no external signs of the loss of one of the twins or multiples. Doctors aren’t 100% sure why the miscarriage of a twin happens during early pregnancy.

The exact cause is usually unknown, though there are a couple of possible explanations, namely:

Neither of these causes is within the control of the mum or her partner, and nothing can be done to prevent vanishing twin syndrome from occurring. After an early loss in a multiple or twin pregnancy has been established, no special medical care is necessary for either the mum or the surviving twin.

If the fetal death is uncomplicated and occurs in the first trimester, mum doesn’t have to be treated for the miscarriage. However, if the loss occurs in the second or third trimester, the pregnancy may then be managed as high risk.

In the case of repeated miscarriages, the parents may be advised to consider genetic counseling. If this is a concern of yours, speak with your doctor about your options.

According to some studies, vanishing twin syndrome is more common in mums over the age of 30 than in younger mums. Some mums don’t experience any symptoms at all, while some may experience uterine cramps, bleeding, and pain in the pelvic region.

Miscarriage of One Twin: The Second or Third Trimester

The loss of one baby in a multiple or twin pregnancy can still occur after the first trimester. It may even still be considered a case of vanishing twin syndrome, though this rarely occurs in the later stages of pregnancy.

While a miscarriage in the first few months of pregnancy is common and can sometimes go unnoticed, the loss of a twin during the second or third trimester is a more medically serious situation. If this happens, your doctor will monitor you and the surviving twin for possible complications.

Fetal loss in the second or third trimester increases the risk of the remaining twin developing cerebral palsy.

When the miscarriage of one baby happens during this stage, the usual cause is either:

In identical twins who share a placenta, there is potential for twin to twin transfusion syndrome. This is when one twin is left with a greater volume of blood than the other, increasing the risk of a miscarriage or a stillbirth.

What to Do After The Miscarriage of One Twin

It is normal to feel sad, angry and scared after a miscarriage at any stage of pregnancy. It’s important to give yourself time to process what happened and to talk to your loved ones or others who have gone through the same thing. If necessary, you can seek counseling to help you sort out your feelings and help you move forward.

There will be a storm of emotions to tackle after having the miscarriage of one twin while still looking forward to the birth of the surviving twin.

Keep in mind that there’s no one way to grieve and that you shouldn’t feel pressured to act or feel a certain way. However, if months have passed and you’re still having difficulty coping with the loss, talk to your midwife or doctor.