Without it, women will not be able to see a pregnancy through, nor will they be able to get pregnant at all. This is only a tip of the iceberg when we talk about progesterone.

What is progesterone’s role in a pregnancy?

Progesterone increases the levels of glycogen and arterial blood in the uterus lining so the fetus gets the essential nutrient it needs to develop well. More importantly, it also prevents uterine contractions that may lead to a miscarriage.

What are the normal progesterone levels in early pregnancy?

According to the American Pregnancy Organization, the guideline to progesterone levels during pregnancy are as follows:

Note, however, that there are different averages for progesterone levels and the values above are merely guidelines. It is best to talk to your doctor about this.

Are progesterone levels higher with twins?

Within the first two weeks of pregnancy, progesterone levels will be around 1-1.5 ng/ml. This is when the body starts preparing for a pregnancy resulting in progesterone. In the third and fourth week, which is the time after ovulation, the ovaries start producing more progesterone so it rises to 2 ng/ml.

This helps in the process of thickening the uterine lining in preparation for implantation. It is in week three that fertilization occurs so progesterone levels may reach 3 ng/ml everyday or every other day until it reaches the peak at 10-29 ng/ml.

In weeks five and six, progesterone levels are at an average of 10-29 ng/ml. This stage is when progesterone starts stimulating blood vessel growth in the uterus to make the placenta healthy. This is also what causes the “pregnancy glow” among women because the growth of blood vessels happen throughout the body.

Within the seventh to fourteenth week, the placenta now begins producing progesterone until the end of the pregnancy. After the tenth week, progesterone levels increase reaching a peak of 15-60 ng/ml before the third trimester.

What happens if I have low progesterone levels?

Having low levels of progesterone may cause some problems getting pregnant or staying pregnant. If, for example, an egg is released from the ovary, progesterone levels should rise to thicken the uterus to receive the fertilized egg. If it isn’t thick enough, the egg won’t get implanted.

The symptoms of progesterone deficiency who are not pregnant are migraines, headaches, depression, mood changes, ovarian cysts, and an irregular menstrual cycle. Low progesterone also causes abnormal bleeding in the uterus when a woman is not pregnant.

For women who are pregnant, the indication of low progesterone levels includes spotting and miscarriage. It can also indicate an ectopic pregnancy.

How is low progesterone managed?

For hormone therapy, this usually includes either estrogen only or a combination of estrogen and progesterone. Hormone therapy may help with various symptoms like night sweats, vaginal dryness, and hot flashes.

Hormone therapy will not be administered if a person has had breast cancer, endometrial cancer, blood clots, liver disease, or stroke. 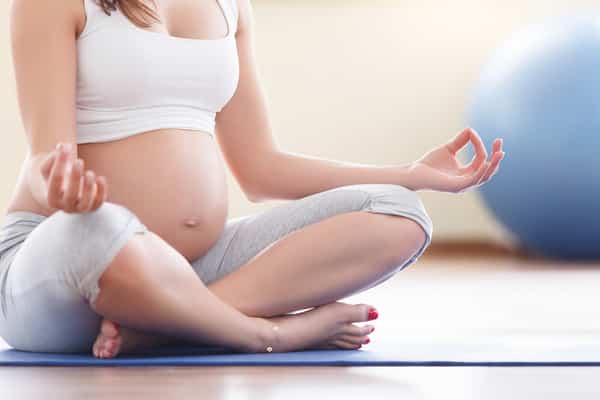 How to increase progesterone levels naturally

Some natural remedies for increasing low progesterone levels can also be done. One is to increase the intake of B-complex vitamins (particularly vitamin B6) and magnesium. Be sure to get enough micronutrients, too.

Food rich in B6 includes wild salmon, bananas, organic chicken breast, sweet potatoes, and garlic. Also, consume a healthy amount of good quality saturated fats that produces cholesterol which in turn produces progesterone. Eat a serving of good quality organize protein three times a day. The serving size should be the size of your palm.

Avoid dairy and non-organically grown meat and eggs. Animal products are the highest source of hormones in our diet. A study found that a major source of estrogen in a human diet that came from animals is from milk and dairy products. This accounts for 60-70% of consumed estrogen.

Lastly, it is important to control stress levels. This is because if the body is stressed cortisol is released more, instead of progesterone.

Although the cause of low progesterone is not fully known, doctors believe that it is caused either by poor nutrition, stress, or the lack of exercise. Sometimes, medications also interfere with the production of progesterone.