Twin Fetal Movement: What Really Happens Inside Your Belly

There’s nothing quite like that feeling when your baby starts to make its presence felt. That first nudge, kick, or just a flutter of “Hey, I’m here!” brings joy to any mother and their family. For mothers that are expecting twins, this twin fetal movement is even a more significant source of happiness.

Here, we’ll be talking about the most frequently asked questions about twins baby movement – and how it applies when you’re expecting two bundles of joy.

Between the week 16 and 22 of your pregnancy, you’ll start to experience what doctors call “quickening”. It is the first times that your babies start to move inside you. You’ll feel small flutters at first, maybe a little bump as the baby adjusts itself in your womb, which will become the norm once you hit 24 weeks.

Generally speaking, babies move quite a bit. It’s just that your amniotic fluid takes most of the momentum. Early on in the quickening, you may not feel your baby’s movements so much. This is normal: give them room to grow out, and soon enough you’ll be feeling them every day!

This is a good thing. An active baby is often a good sign that the pregnancy is going well. Babies will often have that one time of day when they are the most active with sporadic movements in between. Since babies often react to external stimuli while they’re inside the womb, this kind of action is perfectly reasonable. 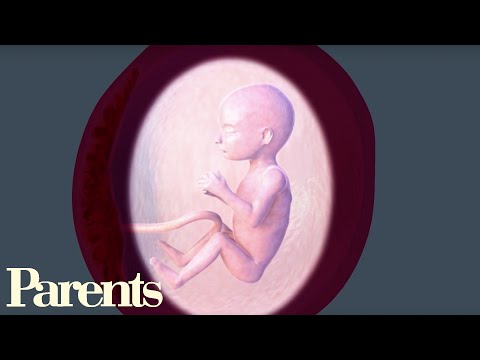 But what about my twin fetal movement?

If you’re expecting twins, you may be wondering how your twin’s baby movement is progressing. There’s a lot of discussion around the web on mothers who share their experiences, and it’s undoubtedly a fun smorgasbord of tips and experiences that you can use for your own! We’ve compiled some of the more interesting (and frequent) observations here:

Don’t worry if your babies move too much or too little while they’re in the womb. This is fine because each child has a distinct personality, which can differ from parent to parent.

If you’re anxious that your twin’s baby movement is off, you can always see your doctor.

There may also be a physical reason as to why mothers differ on feeling twins move – the positioning of the placenta. When it’s attached to the front of your uterus, it essentially creates a giant cushion for your babies, which may make it seem like they aren’t moving much.

Other factors such as your weight, lifestyle, and environment can also play a role in influencing twin movement. Remember that even if you can’t feel it, it doesn’t mean it’s not happening. Thus, going to your doctor regularly is very important.

However, as the weeks pass by into your pregnancy, these little flutters are going to get a bit rough! Being pregnant with twins means that they’ll have to share a room in your belly, which can restrict their movements a little bit.

Don’t worry because as long as they have constant activity at least an hour a day, you’re doing fine. They’re just reserving all their energy once they’re finally born.

So there you have it – the weird and wonderful reasons why twin fetal movement can be so different sometimes. Not all children are like each other, and this follows for their pregnancies as well.