When we think of twins, we usually think of two babies born on the same day at nearly the same time. It’s something that seems so logical that the question: are twins born on different days actually possible?

Actually, yes! There are many reports about twins or multiple births. There are even twins born in different years or twins born at different times. So if you’ve ever wondered how this wacky coincidence of sorts happens, here’s a closer look.

The critical thing to keep in mind here is that a twin (or multiple) births is similar, but not the same as a single birth. Of course, there’s the additional pair of eyes and ears to look out for, but there’s also something else: not all twin births are the same.

One of the best explanations for this is something called delayed interval birth. Sometimes, during twin or multiple pregnancies, a complication occurs with a baby that doesn’t with the others.

This can cause the mother to go into labor early to get the baby out (or doctors will induce the labor process), but the other baby or children remain in the womb.

The most common reason for this is that babies need to stay in the womb for the full gestation period to increase their chances of survival. While one complication may happen to one twin, the other twin may be entirely unaffected (unless they’re two in one sac, which we explain here.)

The length of time between actual deliveries also play a role. If a woman gives birth through C-section, both babies are more or less born at the same time; but for vaginal births, the interval of the babies can take anything from up to a few minutes to an entire hour.

This leads to the answer to the question “can twins be born on different days?”

This is usually the most common reason as to why this isn’t so far-fetched. Some births typically take place in the evenings, where the difference between 11:59 pm and 12:00 midnight is a matter of seconds.

As we’ve previously discussed, if the twins are delivered vaginally, they could be taking their first gasps of air on what is technically separate days.

You start to enter crazier territory when it comes to other, more rare events. It could be possible for one twin to be born on a separate year if the birth takes place on New Year’s Eve – or even a separate millennium!

This sort of timing causes twins with different birthdays to exist and is often a running gag in their family once the pair grows up.

Are there any consequences to twins being born on different days?

Generally speaking, no. While delayed interval births will often result in complications for the twin that came out first, most twins that are born on different days will generally live as normal twins would. However, there can be possible legal ramifications for this that parents will have to keep in mind.

One of these are benefits, programs, and services that require verification of the date of birth. While common sense law may apply concerning medical ruling, there are sometimes strict cutoffs and deadlines that the law enforces when it comes to these programs.

This can also play a part even in the educational system if the twins fall under such jurisdiction. Parents can always file an exception to these rules, and with the help of hospital records, overturn them.

All in all, twins with different birthdays aren’t a bad thing! While you may get some confusion as to how to celebrate, they’re still the same twins that you know and love, just with a little extra sprinkling of an exciting story as to how they were born. Here’s a video: 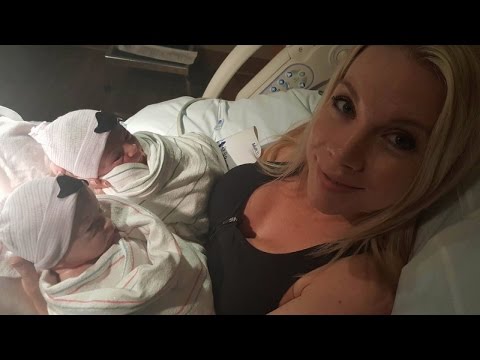 If you’re looking for tips on raising twins, we have a bunch of articles for you to look at! And for more twin discussions such as twins born on different days, you can join our online community here.