28 weeks pregnant with twins! We’re officially in the third trimester, and hurrying down the home stretch. The coming weeks are going to be full of challenges, but also fantastic moments that you can look forward to.

Read on to find out what you’re going to face this week, and how it’s going to affect you.

A single fetus at 28 weeks

Your Twin Babies at 28 Weeks Pregnant

Your babies probably won’t be getting much longer from now on. Their skeletons are basically fully developed and slowly getting harder.

Instead, they’re going to be putting on the weight, filling in subdermal fat layers under the skin, to give them that familiar chubby baby look we all know and love.

Expect your twins to be around 14 or 15 inches long, but this week, they’ll have put on another couple of ounces, weighing around 2.2 pounds, or the size of an eggplant!

Once they hit this part of their twin pregnancy, the thing that most women tend to face is trouble sleeping, including randomly waking up in the middle of the night, and not being able to get back to sleep.

Whilst it might be frustrating, the best thing to do in the meantime is something relaxing. Grab a good book and cuddle up on the couch, make yourself a cup of tea, or listen to some light music and do some breathing exercises.

You’re also still going to be dealing with other symptoms, including: 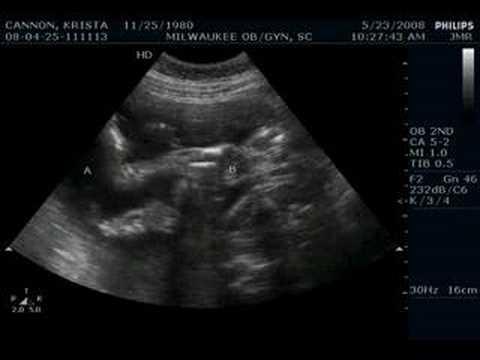 You might be having a 28 week pregnancy scan this week, but it’s not a guarantee. If you’ve had a more complicated pregnancy, or if you’re having identical twins, your doctor might be more likely to scan you, just to make sure that everything’s going on fine.

Don’t worry if you aren’t having a scan. That’s a good thing. No news is good news, right?

If you are having a scan, don’t expect anything that you haven’t already experienced. It’s just a regular check up, to make sure everything is fine with your twins.

Let’s talk about some very specific twin products you should consider.

We asked the TwinStuff Community what their Must Have products were during the Third Trimester:

Are you 28 Weeks Pregnant with Twins?

Your third trimester has started. Woo! It’s going to get tougher in the next few weeks, but we’re here with you all the way.

If you’ve got any questions or queries, keep checking in with us. We’re going to take you all the way to delivery.

If you ever find anything that we haven’t covered, feel free to drop it in the comments below and we’ll get back to you as soon as we can! How do you feel at 28 weeks pregnant with twins?

How to Care for Your Preemie Twins While in NICU?