10 of the Most Interesting Facts About Twins

Twins are already interesting, but when you factor in some of the stranger, lesser known facts about twins, they almost become surreal.

Twins are getting more common, but that doesn’t mean that you know everything about them. Here’s ten interesting facts about twins that you might not have heard before! 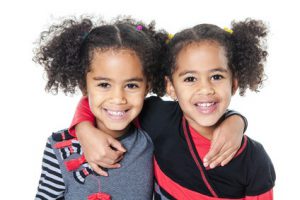 Fingerprints aren’t completely based on DNA. When twins are conceived, because their DNA is the same, they begin with the same fingerprints. But as babies move around in the womb and touch the amniotic sac, they form unique ridges and lines that turn into fingerprints.

Because both twins will be touching different things at different times, they’re going to have slightly different fingerprints too!

Mirror twins are a thing

Mirror image twins are identical, except for being opposite from each other, so if one twin has a birthmark, the other will have it on the other side of their body, that sort of stuff.

Sometimes, they even have internal organs on the opposite sides of their bodies, in a strange but harmless phenomenon known as situs inversus.

Taller women are more likely to have twins

Taller women have more insulin growth factor, which increases ovary sensitivity and chance of ovulating, which in turn can lead to double egg releases, and fraternal twins.

Yoghurt and milk can make you have twins

Yep. Women who consume dairy are five times more likely to have twins. Female cows also produce insulin growth factor, which finds its way into their milk, which gets into our bodies when we drink it and increases our levels of IGF.

So if you want twins, start drinking all that milk! Because of this, people who have a vegan diet are five times less likely to have twins.

Twins can have different fathers

If two eggs are released in the way that would normally lead to fraternal twins, and a woman has sex with two different men in a short amount of time, then it’s possible for both eggs to be fertilised by these two different men, leading to a pair of twins that are delivered at the same time, but are technically siblings rather than twins.

The special bond that twins have starts in the womb

By the 18th week, twins touch each other in the womb more than they touch themselves, and they are as incredibly gentle with each other’s vulnerable areas, like eyes, as they are with their own

Some twins invent their own languages

Around 40 percent of twins will invent their own autonomous languages, which can sound almost like normal languages.

Apparently, this is just a normal part of language development, and when they’re studied, you can see the normal rules of language and syntax even in these invented languages.

It can happen with two or more babies who are not twins, but it’s far more likely with twins, because of their special bond and closeness.

There’s more twins than ever

With the rising age of the population in the Western world, older pregnancies amongst people in general, and far healthier lifestyle, it’s becoming more and more likely that a pregnant woman will have twins.

In fact, in the last 30 years, the chance of having twins has risen by around 76%!

Twins are really likely to be lefties

Left handedness is more than twice as common in twins than in single individuals, with the chance of a twin being left handed being 22% rather than 10% like the rest of us.

The chance of twins can also be racial

Nigeria has by far the highest rate of twin births in the entire world, with a staggering 4 times higher rate of twins than anywhere else!

There’s specifically one town in the south west of Nigeria called Igbo-Ora, who call themselves ‘The land of twins’ because the amount of twins is around 5 in 100, which is genuinely crazy.

Conversely, China has the lowest rate of twins, with only 1 in 300 births being twins, which is 10 times lower than the chance of twins in the USA.

You’ve come to the end of our list. We hope you learned something cool, and enjoyed reading.

Do you know any interesting facts about twins that we’ve missed, whether it’s a smart fact or a personal story? Whatever it is, we’d love to hear about it, so be sure to tell us in the comments.