What to Know About Advanced Maternal Age and Twins

When older women get pregnant, they are most likely to conceive twins. The correlation of advanced maternal age and twins have something to do with a woman’s hormone shift.

Although some may feel that getting pregnant later can be a potential issue, some would disagree and feel quite the opposite. To really know for sure if pregnancy risks are higher or not, having a balanced perspective on this matter is significant.

When is maternal age considered advanced?

A woman’s maternal age is considered advanced if she is past the age of 35. As women age, either it becomes more difficult to get pregnant or it may take a longer time to get pregnant. Also, there are known complications in pregnancy at this time like diabetes, miscarriages, and hypertension.

Medical practitioners rely on a woman’s age (35 or older) as one of the key factors that determine whether a woman would need advanced medical care when she gets pregnant. Although many women above 35 do not experience complications in their pregnancy, some obstetricians will still maintain on alert throughout the nine-month period.

How is a woman’s advanced maternal age (AMA) related to Geriatric Pregnancy?

Geriatric pregnancy is a medical term given to women who have children after the age of 35. This term was used in the past but is rarely used presently. Today, when a woman who is older than 35 gets pregnant, doctors describe this as “advanced maternal age” (AMA).

According to the Centers for Disease Control and Prevention, the number of first birth rates for women aged 35-39 rose significantly between 2000 to 2012. Further, women who had their first births between the age of 40-44 showed a steady increase as early as the early 80’s. This data shows that women who get pregnant at a later age are becoming more common.

What are the risks of advanced maternal age and twins?

There are several adverse pregnancy outcomes with AMA categorizing it as a “high risk” pregnancy. These risks include premature birth, stillbirth, low birth weight in the baby, labor complications, c-section, chromosomal defects in the baby, high blood pressure in the mother which leads to preeclampsia, and gestational diabetes.

Another pregnancy risk is Down Syndrome, a chromosomal defect that is associated with aging eggs. One in 100 women who are 40 years of age is at risk of having a child or children with Down Syndrome. After the age of 40, this risk greatly increases. 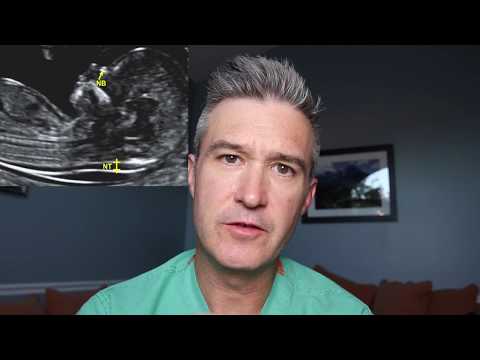 What are the outcomes of twins during advanced maternal age?

According to Professor Roy Homburg of the division of reproductive medicine at the Vrije University Medical Centre in the Netherlands, older women have higher levels of FSH (follicle-stimulating hormone) which prompts the likelihood of fraternal twins.

In a study done by Prof. Homburg and his team, they measured the women’s hormones and checked the images of the women’s reproductive system via ultrasound. They compared women who are in their 20’s and 30’s and found out that older women have higher levels of FSH and are more likely to release more than one egg cell every menstrual cycle – a contributory factor to conceiving twins.

The National Center of Biotechnology Information did a study on the role of maternal age in twin pregnancy outcomes (preterm birth, fetal death, and neonatal death in a twin pregnancy). The research found did not find AMA to as an accompanying risk factor for infant death and fetal death.

Further, the preterm birth risk is low for women under 40. With this, it is reasonable to advise women who are in their 30s that their age isn’t a major additional risk factor when it comes to adverse obstetric outcomes when they are pregnant with twins.

Another study done by Columbia University Medical Center (CUMC) reports that with most twin pregnancies, AMA is not a major risk factor even if the twin pregnancy itself carries a certain degree of risk.

In relation to this, the American Journal of Obstetrics and Gynecology analyzed and studied the rates preterm birth, infant death, and fetal death greater than 950,000 twin births in the US from the years 2007 to 2013.

Among all the age groups studied, mothers who were young (between 15-17 years old) had the highest risk for all of the mentioned adverse pregnancy outcomes. As their ages increased, the risk significantly declined until they were of advanced maternal age.

In older women, infant and fetal death rates were low and the risk of preterm birth significantly dropped for mothers aged 35 to 39. According to senior author and assistant professor of obstetrics and gynecology at CUMC, Dr. Alexander Friedman, it is unclear why younger women are more prone to adverse pregnancy outcomes.

One reason may be because twins may share one placenta in younger mothers, or factors like social or socioeconomic concerns may also be responsible. The research also states that women who are over the age of 35 are more likely to conceive twins, so understanding the age-associated risk will be beneficial to mothers and their health care providers.

What are the benefits of pregnancy during AMA?

On a positive note, there are certain benefits to getting pregnant later in life. One is that women who wait to have children have longevity in life. The journal “Menopause” did a study and found that women who had their last child after they were 33 years old have the tendency to live to 95.

Getting pregnant and raising children at a later age also protects mothers from cognitive decline. The University of Southern California found that women who had a baby after age 35 have better brain power after going through menopause.

Third, since women at this age are more stable and have increased in their earning potential, the children grow up having all of their needs supported. Since older parents are less stressed about job security or income, they are more patient and spend more time with their children.

The information presented regarding advanced maternal age and twins is encouraging. Not only does the data show that having twins at a later time in life possible, but it also makes us understand that there are a number of benefits when giving birth to twins in AMA