Baby Twins Talking to Each Other: 6 Adorable Videos

You know that there’s a saying that twins develop their own language as they grow up? Well, there are a couple of studies that may support that argument, and there’s no denying that twins talking to one another is an adorable sight to see!

We’ve compiled some of the cutest videos we could find around the internet. Come and take a peek.

First off is Ellen’s famous “talking baby twins” translation, which made our smiles wide and our hearts melt: 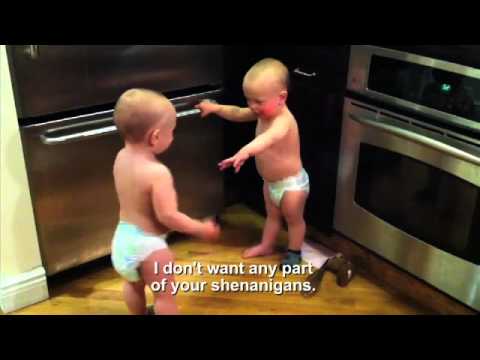 These twin babies talking to each other is quite a sight to see – thinking up of new ways to prank people! It wouldn’t be surprising that they would grow up into quite the imaginative adults.

Next, we have these two twins talking to each other, making sure each one is doing fine:

I mean, after a birth, you would want to see if your best buddy got out with you, right? We particularly love the soft cooing at the end – almost like the one is reassuring the other. The little stolen glances are also very sweet!

Here’s a pair that seems to be holding a conversation all on their own: 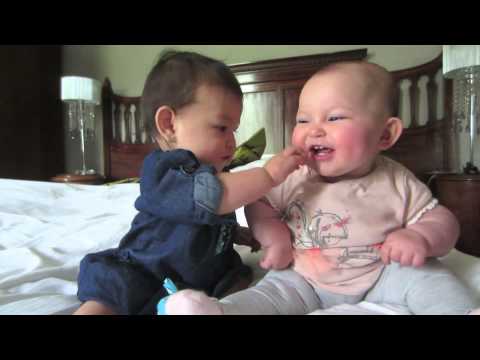 It’s often telling as to how twins talking to one another will reflect the temperament they have as adults. Being around their twin most of the time brings out the best in them.

Speaking that, here are two twins who are just starting to grasp the concept of “sharing”:

One of the best things about having a twin is that you can be sure that your child will always be around someone their age. It’s a great way for them to learn how to socialize and develop the skills necessary for them to go about life growing up!

One of the things that twins realize early on is the presence of another that looks and sounds exactly like them – but isn’t. This is especially true in the case of identical twins, and it leads to a lot of adorable and cute moments like this one.

And finally, here’s a pair of twins that embody the idea of “teamwork”:

You can’t understand what they’re saying to each other, but you somehow know the meaning is clear! Truly, twins have their own unique way of talking that starts quite early in their lives. No matter what language they use, you can be sure that they have their ways of understanding one another.

Twins talking to each other never gets old – there’s always something to be gleaned about two separate individuals that can seem to understand each other on a level that those without twins can never understand. If you have a pair of twins that exhibit this behavior, let us know in the comments below!