Clomid Twins: How Likely Are They?

If you’re trying to conceive (or even just know someone who’s trying to) you would have undoubtedly heard of the drug Clomid.

Clomifene or Clomiphene, is a medication used to treat women who do not ovulate or suffer from polycystic ovary syndrome. However, it also has an interesting side-effect: it increases your chances of having Clomid twins.

Twins are delightful gifts to any family – and while most of us may not be expecting twins to begin with, some mothers actively wish (and try) to have twins. There’s plenty of ways to do it – in vitro, implantation and so on, but Clomid is one of the most affordable and safe ways to increase your odds.

Clomid dosage for twins is a developing field of study – and may just help you conceive your next bundles of joy.

But how does this all work? Well, the science really relies on the interaction between Clomid and the woman’s body, in addition to some other factors that we’ll be talking about below. If you’re wondering how to take Clomid to conceive twins, you may find the following information helpful.

What Exactly are Clomid Twins?

The odds are a little bit low – around 1 in 100 pregnancies – but considering that the number of women trying to conceive that take the drug versus the number that doesn’t, the numbers may change in the future.

Of course, Clomid and twins are not a direct correlation. There are plenty of other factors that can increase or decrease a woman’s chances to have twins:

… which are all factors difficult to quantify. That’s not even getting into the kind of twins that a woman can have (which we’ve talked about in greater detail here), but there’s no denying that Clomid does help with having twins. But how does this medication work, exactly?

As a medication, Clomid doesn’t do anything too particularly complicated to understand: it makes a woman’s body more likely to ovulate. It does this by changing the chemicals that induce ovulation, giving it a stronger kick of sorts, which helps women who have difficulty conceiving.

The most relevant part here is when this interaction happens to a woman who has a relatively normal fertility cycle: since her ovulation is already working as intended, adding Clomid on top of the process gives the ovulation a boost.

Boosting egg production is actually the model of which by all fertility drugs operate – which means you can release two egg cells on other medication as well.

This leads to the likelihood of having twins because:

This is why Clomid twins are almost always fraternal twins. Fraternal twins are formed by having two separate eggs cells be fertilized and attach to the uterine wall at the same time, which is far more common due to how Clomid interacts with the female body.

Identical twins due to Clomid aren’t impossible, but are much, much rarer.

There are also instances where taking Clomid increases the chance of having triplets, or even multiple babies born at the same time.

While the exact numbers are difficult to pin down due to factors outside of the medication affecting the probabilities of having a multiple birth, it does establish a pattern in how fertility medication can help.

Now, while this article is no substitute for an actual doctor – as we highly recommend you get yourself checked out before even thinking of taking Clomid – there are some discussions around the web of mothers that share their experiences.

So far, it would seem like 100 to 50 mg of Clomid is the most common number that crops up in these discussions, either for women who’ve had fraternal or identical twins. Since Clomid can only be obtained with a prescription, we highly recommend going to your doctor first to get thoroughly checked out if you are fine with taking such a drug.

As it messes with your hormones, it may have some side effects that you might not be ready for unless warned.

If you want to know more about Clomid and how to take Clomid to conceive twins, we’ve found a handy video for you to check out here: 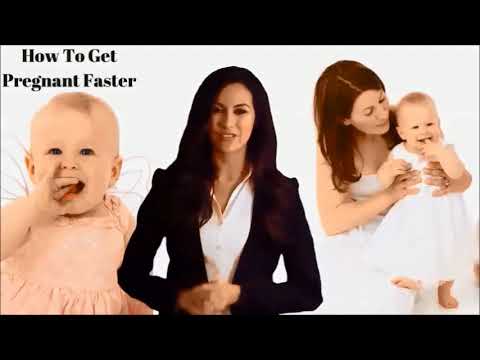 As a drug, Clomid has helped countless women all over the world conceive. Clomid and twins aren’t as distant as the numbers may seem, and even a perfectly healthy ovulation cycle can use a boost from the medication. While the numbers aren’t final, and the factors far from one, there’s no denying that Clomid dosage makes twins more likely.

And isn’t that what matters at the end of the day? Clomid twins may be rare, but certainly not impossible for those who are looking for twin bundles of joy. And even if you’re taking the drug merely to help you conceive, it’s still a possibility that you might have to welcome at your next ultrasound!

Do you have stories or know anyone who swears by Clomid when it comes to conceiving twins?

Share them in the comments below or participate in our online community for more discussions like this. You may also check out our website for more information on how to raise twins – or just more tidbits on them!