What’s the difference between fraternal vs maternal twins? Basically, fraternal twins develop from two eggs that have been fertilized from two separate sperm. They are otherwise known as dizygotic or non-identical twins.

Maternal twins, on the other hand, are twins that develop from one fertilized egg that then splits into two forming two embryos. They are also called identical or monozygotic twins.

Knowing the difference between the two can bring about important insights as to the twins’ overall health as well as how to facilitate their growth and development. 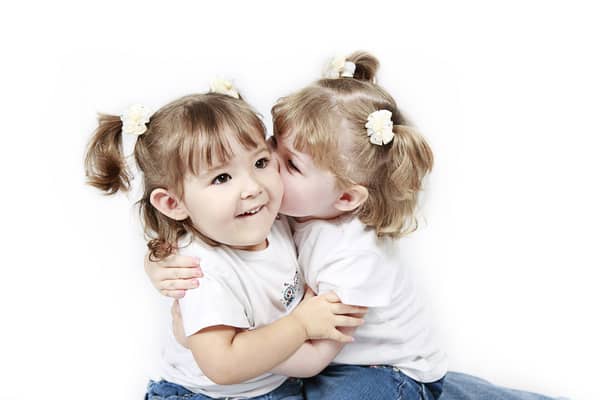 What are the similarities between maternal vs fraternal twins?

Both maternal and fraternal twins are two types of twins that develop in one and the same pregnancy. These twins also share a similarity when it comes to their genetic traits or genome. On a side note, each of the twins will surely have different fingerprints and will develop different personalities.

To avoid confusion with the terms related to twinning here is a quick and easy reference.

Paternal twins are twins that grow from separate fertilized eggs and non-identical when it comes to overall appearance and gender. They are called this way because they are formed from two or several sperms from the father. Thus, the term “paternal” is specified.

In reality, paternal twins also refer back to fraternal twins. As stated earlier they are also known as dizygotic twins. But as “fraternal” twins, they develop from two separate events of fertilization. They share 50% of similar genetic traits as siblings.

Generally, both paternal or fraternal twins have separate placentas. They are dichorionic-diamniotic. This means the twins grow from separate chorions and separate amniotic sacs.

These types of twins develop depending on which stage the fertilized egg (zygote) divides or splits.

Di-Di Twins (Dichorionic/Diamniotic) develop during the earliest stages of twining or splitting after fertilization. Each twin will have his or her own placenta, chorion, and amniotic sac. Most fraternal twins are Di-Di twins.

Mono-Di Twins (Monochorionic/Diamniotic) form in a split that happens between four to eight days after fertilization. The twins will share the same placenta and chorionic sac, but each twin will have their own amniotic sac.

Mono-Mono Twins (Monoamniotic/Monochorionic) are twins that share the same placenta, amniotic sac, and chorion. Usually, Mono-Mono twins are the result of splitting between eight to twelve days after fertilization.

Twinning that happens after twelve days after fertilization generally results to conjoined twins.

What are the significant differences I need to know between maternal vs fraternal twins?

To establish the right perspective, be reminded that fraternal twins are dizygotic. Meaning, they develop from two separate fertilized eggs that later on develop into two separate amniotic sacs, placentas, and supporting mechanisms.

If these twins have different genders, they are clearly fraternal and do not share the same DNA. A boy has the XY chromosomes while the girl will have the XX chromosomes. This happens when one X egg gets fertilized by an X sperm. Accordingly, a Y sperm fertilizes the X egg.

Here we understand that fraternal twins are called that way because the result of the twinning process has a lot to do with the circumstances as to how the sperm fertilizes the egg.

But even with the same genome, these twins may not be exactly identical because of the factors surrounding the environment during development.

Other significant differences to know about fraternal and maternal twins are the following.

Knowing about these differences gives proper guidance as to how to properly care for twins and makes us aware of their potential health risks and tendencies whether they are fraternal or maternal twins. 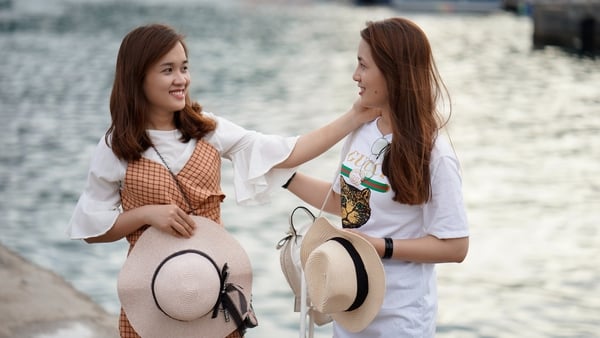 Can you induce maternal twinning?

Maternal twins happen because one fertilized egg splits into two and the causes of such splitting that leads to maternal or identical twins are not yet known to this day. Because of this, inducing maternal twins may not be possible.

Can you induce fraternal twinning?

Fraternal twinning can be attributed to certain factors like genetics, maternal age, fertility treatments including IVF, race, nutrition, a woman’s height and the number of pregnancies a woman has had. Of all these factors, the aspect of genetics is what is most significant in fraternal twinning.

There are genetic factors that cause hyperovulation in a woman. Hyperovulation is when a woman releases more than one egg during ovulation which results to fraternal twinning. These factors have not been fully identified, nor is there genetic testing available to find out as of now.

Finding out the differences between fraternal vs maternal twins is important for future parents of twins because this helps get them prepared for the arrival of their babies as well as give them optimal care as to their health and overall development as the twins grow. It also weeds out worrisome thoughts and brings a sense of confidence in what is to come.