Fraternal vs Paternal Twins: How Are They Different?

Although they are common terms heard inside the hospital room after a woman gives birth to multiples, the difference between fraternal vs paternal twins still isn’t common knowledge. There are certain misconceptions about what these words mean which should be corrected.

When you hear the term “twins,” the first thing that comes to mind is the similarity in physical features and behavioral traits. Some even claim that twins have a higher level of connection compared to siblings born separately.

Even so, the fact remains that there are certain instances when twins don’t bear a resemblance to each other. This is due to various factors that result to the two broadest classification of multiples pregnancies: identical and non-identical.

As the name implies, identical twins resemble each other very closely. They form from a single egg cell fertilized by two different sperm cells, which split before being implanted in the womb. This type of twinning is also called “monozygotic.”

Non-identical ones, on the other hand, come from two different egg cells that were both fertilized and implanted in the mother’s uterus. They have as many similarities as the average siblings who were born in singles. Well, except their birthdays, of course.

While it may not be apparent at this point, the terms “paternal” and “fraternal” are incorporated within this concept.

Some fraternal twins share certain similarities as that of the average siblings, except for some rare occurrences that they don’t look alike at all.

The differences in features become more obvious for cases when the twins are of the opposite sex. According to the NHS, there is a higher percentage of fraternal twins compared to identical twins based on statistics recorded over the years.

Identical twins, on another hand, can be either “paternal” or “maternal”. It all depends on which parent gives them the genes. Paternal twins resemble their father more than their mother, and vice versa for maternal ones.

Aside from what we already know after they are born, there are a lot more things that differ between paternal and fraternal twins, including:
● their gender;
● the likelihood of occurrence;
● their blood type; and
● the risk level for TTTS. 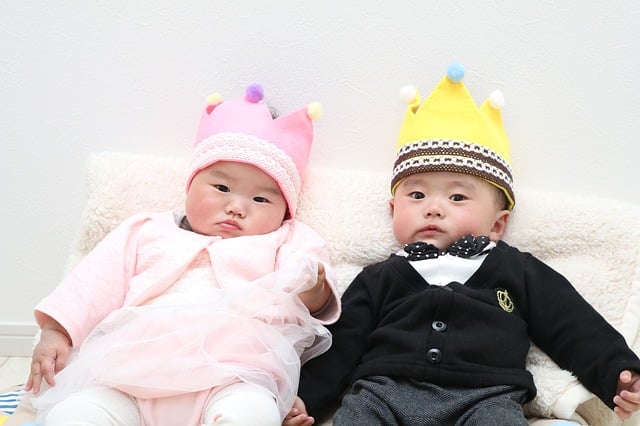 As for their blood type, identical twins are always the same with each other, while fraternal twins may differ in some cases. There is also a higher risk of Twin-to-Twin Transfusion Syndrome (TTTS) in identical twins compared to fraternal ones.

How to Know What to Expect?

When preparing for the arrival of children in a home, it helps to have as much specific information as possible. However, the most accurate way to tell whether you’re having paternal vs fraternal twins is through DNA testing which, as you may have already guessed, can only be done after the babies are delivered.

Luckily, there are other ways to know what to expect what your incoming bundles of joy would be like:

1. Ultrasound
Like determining a baby’s gender, ultrasound scanning can also help you know whether you’re expecting fraternal or identical twins. In some cases, there is also a chance to determine if they are paternal or maternal, depending on factors such as the machine being used or the expertise of the doctor performing the sonography.

2. Placental Analysis
Another thing your obstetrician-gynecologist may look at when determining what type of twins that you’re having is the number of placentae present in the womb. Dizygotic twins often have two placentas— or two that are fused as one— while monozygotic twins have only one. It is important to note, however, that this method is not foolproof as there are instances that fused placentas aren’t detected right away.

3. Amniotic Sac Anaylsis
The number of amniotic sacs present during twin pregnancy can also help establish whether you’re having fraternal or identical twins. The amniotic sac is the inner membrane containing the fetus in the womb. It is filled with amniotic fluid, which explains its name.

Dizygotic twins are often diamniotic, which means they are enclosed in two different amniotic sacs. Meanwhile, identical twins, which are monozygotic, usually have one amniotic sac.

These methods may bear different results than what will become apparent after the babies are born. With that in consideration, it is essential that you use as many methods as possible to be more precise in determining whether the twins would be paternal or fraternal.

To be sure, you can take advantage of the information about the specific differences between fraternal and paternal twins as explained above. You can also determine the twin chorionicity for a more accurate prediction. 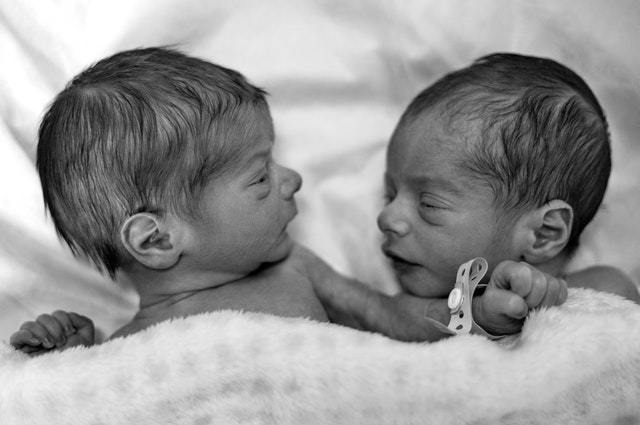 Though the word may seem daunting, chorionicity is not very different from other terms related to pregnancy multiples, according to the NHS.

This term explains the number of chorions present in the mother’s womb. The chorion is the second membrane that protects the fetus and covers the amniotic sac.

Knowing the twin chorionicity can help determine whether you’re expecting fraternal (dizygotic) twins or identical (monozygotic) twins. Chorionicity is often used in combination with the analysis of amnion present in the womb.

Dichorionic and diamniotic (DCDA) twins have two amnions and chorions as they are developed separately after being formed from two sets of egg and sperm cells. This means that this multiples pregnancy is fraternal, except for some occurrences when identical twins are formed from one fertilized egg cell splitting earlier than usual.

Alternatively, twins that are monochorionic and monoamniotic (MCMA) are monozygotic or identical by nature. There are also instances when monozygotic twinning happens with a single chorion and two amnions (MCDA). This is when twins are in separate amniotic sacs that are within the outer membrane. This occurs when the babies are sharing a single placenta.

It is worth noting that it is impossible to have an MCDA or the Di-Mo combination as there cannot be two separate outer sacs when there is only one inner sac. Now that you know the difference between fraternal vs paternal twins, we hope you’ve learned a lot more than you hoped for with this article.