How are Twins Made?

It is believed that having twins runs in the family and that twinning skips a generation. Although this might be commonly observed, the question as to how are twins made has much to do with what goes on in in the process of fertilization.

This means that it is possible for random mothers to give birth to twins. To understand the hows, whys and what nows, read on.

How do twins happen?

The Office on Women’s Health explains that twin births happen in two ways. Identical twins occur mostly by chance and come from one and the same fertilized egg. This means that this fertilized egg will split into two, which pretty much explains why identical twins have the exact same genes and look almost a hundred percent alike.

On the other hand, fraternal twins happen when two separate eggs are fertilized by two sperm cells. When more than one egg is released in a single cycle, this is called hyperovulation and is a genetic characteristic.

The process makes it possible to be passed from the mother to her child. This is why fraternal twins commonly tend to run in a number of families.

What factors will cause hyperovulation?

How and when an egg is released in a cycle is controlled by hormones during ovulation. Sometimes, however, hormones may signal the body to release more than one egg, which is not quite normal. Why does this happen?

This is influenced by a number of things like irregular usage of birth control pills or totally discontinuing taking them, using certain fertility drugs, breastfeeding, and obesity. Obesity (having a BMI that is more than 30) causes the production of higher levels of estrogen because the body has extra fat stored.

Other things that contribute to hyperovulation include genetics, family history, being pregnant over 30 years of age, being taller than the average, having a phytoestrogen-rich diet, and race. Apart from that, women from Africa have been noted to have a higher number of twin births compared to women from Asia.

Who is more likely to get pregnant with twins?

Based on the gathered data, women who are anywhere in their 30’s may be more likely to get pregnant with twins. This is because it is at this age that releasing more than one egg in a cycle is more rampant. This doesn’t happen much with those who are under their 20’s. After 35, however, the chances of getting pregnant with twins decreases.

Do fertility treatments increase the chances of having twins?

A report by the American Society for Reproductive Medicine shows that twin births happen in one out of 250 pregnancies. It is noted that this rate is higher in mothers who have had fertility treatments and because of such treatments, multiples occur in about one out of every three pregnancies.

Fertility treatments involve prescribing fertility drugs that are made to stimulate the ovaries. These drugs can cause several eggs to be released in one cycle. Take gonadotropins, for example.

A woman who takes has a 20% higher chance of getting pregnant with more than one baby. Clomid attributes to five to twelve percent, and IVF increases these chances anywhere between 20% to 40%.

So far, the only known fertility treatment that does not increase the rate of multiple pregnancies is intrauterine insemination. IUI is a method that injects sperm directly into the woman’s uterus through a syringe.

What are the complications when being pregnant with twins? 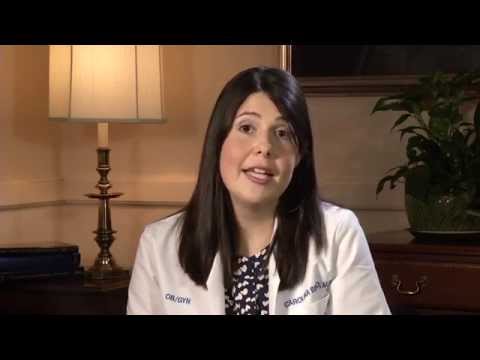 When a woman is pregnant with multiples, there are a number of risks and complications involved. One of which is that the babies may have a low birth weight (below 2,500 grams) which occurs in two-thirds of babies from multiple births. The main cause of this is because babies lack room for growing while in the uterus.

Another risk is that babies may have congenital defects. Such defects could be infant mortality, cerebral palsy, or other birth defects. Infant mortality has something to do with concerns associated with babies that are born prematurely.

Babies who are born less than 32 weeks are at most risk. Second, cerebral palsy is a disorder that affects a child’s motor skills and muscle movement. CP is mostly caused by brain damage that happens before or during a baby’s birth.

The moment you find out you are pregnant with multiples, the first thing to do is to choose a health practitioner. It may be best to see a perinatologist, otherwise known as a maternal-fetal medicine specialist (MFM). A perinatologist is an obstetrician who is a specialist in high-risk pregnancies.

Aside from choosing your health practitioner, expect that prenatal care for twins will need more ultrasounds and visits to the doctor. You may have five or more ultrasound examinations throughout your pregnancy. Once you are 18 weeks pregnant, you’ll need to have an ultrasound once a month until you give birth.

There are also some tests involved. One is a test for iron-deficiency anemia because iron is used up more quickly in twin pregnancies. Another test is the glucose screening test to monitor gestational diabetes. This test is usually taken when you are 24 and 28 weeks pregnant.

Your health professional will also be in a constant lookout for signs of preterm labor. They can go as far as recommending a fetal fibronectin test to rule this out. Fetal fibronectin is a certain protein found in the secretions from the vagina that is a sign that the body is preparing to give birth.

Now that you know how are twins made, you’ll know what to expect and you’d also understand why getting the best medical care for mothers who are pregnant with multiples is the top priority.

Not only does this lessen the occurrence of complications, but it also allows a mother’s family and friends to all the more be there for her for assistance, encouragement, and support.