Just How Rare are Twins? The Science Behind Twin Births

When it comes to inquiring as to just how rare are twins, it is helpful to get some perspective from the twinning trend over the 20th century. A study by Princeton reveals that the rate of having twins in various countries began to rise significantly in the second half of the 1980’s. So, the general notion we’ve had of twins being rare is slowly changing.

So, How Rare are Twins?

The answer to this is yes. It is slowly becoming something more common if we observe the increasing trend of twin births. Between 1980 and 2009, the twin birth rate rose by 76%. As of 2013, it has been noted that three in one hundred births in the US are twins and the likelihood of having identical twins is about three to five in 1000 births.

The number of twins being born has increased over the past three decades. The reason for this leads us back to the study by Princeton which explains that two-thirds of this upward trend is attributed to the increased frequency of fertility treatments, while the remaining third is because a lot of women have chosen to have children later in life.

Is it rare to conceive twins naturally?

The chances of having twins are higher among women who are either 35 years old or older. This is because women this age produce more ovulation-stimulating hormones, triggering the release of more than one egg in a cycle.

A report released on January 2018 by the Centers for Disease Control and Prevention’s National Center for Health Statistics reveals that the rate of twinning (which includes naturally-conceived twins and those with assisted fertility medication) is 1 in 30 pregnancies.

But then if we zero in on naturally conceived twins, the likelihood of this occurring is generally one in ninety pregnancies according to Dr. Michael Nageotte, the associate chief medical officer at Miller Children’s and Women’s Hospital. He also says that conceiving fraternal twins are more common than conceiving identical twins.

Does race have anything to do with the likelihood of having twins?

Throughout history, it is observed that black women are more likely to conceive twins. But then in the 1980’s the rates doubled for white women. In the year 2009, the rate of babies born as twins to black women is 3.8%, while it is 3.7% in white women. This is only a slight difference. Hispanic women, on the other hand, have a lower twin birth rate which is only 2.25%.

Are there countries where multiple births are more common?

Multiple pregnancies are more common in West and Central Africa, while Japan is the least common country where multiple births occur.

More specifically, the nation of Benin in West Africa has a high concentration of twins than any other country to a study published by PLOS ONE. The research reveals that Benin had a 27.9 twin birth rate per 1,000 births. The global average of the countries surveyed was only 13.1 twins per 1,000 births.

According to a study, the twinning rates of certain developing countries have peaked. This peak was observed in 12 out of 46 countries including the Czech Republic, Denmark, Finland, Hungary, Iceland, Netherlands, Norway, Scotland, Sweden, Australia, Japan, and New Zealand. The peaks mostly occurred after the year 2000.

What is the likelihood of having twins after a fertility treatment?

If a woman who is 35 or older chooses to go through In Vitro Fertilization (IVF), she raises her chance of having twins to about twenty times. IVF is a kind of fertility treatment where the sperm and egg are combined in a lab and then placed in the uterus through the cervix.

Taking fertility drugs like clomiphene or gonadotrophins that stimulate ovaries also increases a woman’s chance of having twins. On the average, 8% of women taking these fertility drugs have a multiple pregnancy which is usually twins.

How likely is it to conceive identical twins? 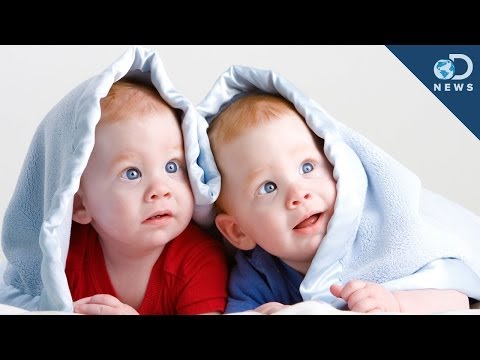 With such information, we now know that twinning is slowly becoming a common phenomenon. So, talking about just how rare are twins brings about insight as to the possibility and likelihood of how women and couples can have twins of their own.