Identical vs Fraternal Twins: What are the Differences?

If you’re an expecting mother who’s just gotten the good news that you’ll be having twins, then congratulations! Twins are quite a joy (aside from being a surprise), so you’ll want to find out as much as you can about them.

In your twin ultrasound, one of the questions that you might have is: “What is the difference when it comes to identical vs fraternal twins?”

There’s a rather exciting story as to why this phenomenon even happens in the first place – and we can walk you through it right now!

As parents of twins, to understand the difference between the two, you need to have a short background on what makes twins happen in the first place. There are plenty of factors that influence twin behavior and growth, such as:

Truthfully, while some factors can influence the chances of you having twins, the actual possibility of it is very much in the air. But once your body does start to shift in that direction during your pregnancy, then comes the critical step that makes the difference between identical and fraternal twins: the embryo.

What happens in the embryo

The embryo is what’s formed and attaches to the uterus after fertilization – or when the egg cell meets the sperm cell. It is developed from a zygote – the immediate aftermath of those two sex cells meeting during intercourse.

Basically, you can think of an embryo as the foundation of what is to be a human being.

Now, here’s how it gets tricky. Your chances of getting either identical or fraternal twins actually don’t wholly rely on how the embryo (or embryos, in this case) behave. That’s because before fertilization even happens, your chances of deciding twins could already be determined.

This difference in the stages of conception to birth is what makes the difference between monozygotic and dizygotic twins.

Let’s back up a bit in the stages of pregnancy and go all the way to the actual moment of fertilization. When your egg cell was successfully fertilized, it formed a zygote that starts to make its journey to attach to your uterus. This is what happens in every pregnancy, and is critical for your future baby’s survival and development.

However, once it becomes an embryo, there is the chance of it splitting into two. This forms two copies of the same embryo, which then go onwards to develop into two, identical twins.

They may or may not share the same amniotic sac depending on their development, but otherwise, they are counted (concerning your cells) as one and the same.

Monozygotic twins share the same DNA and have the same gender when they are born. They may or may not look the same (especially if something called Twin to Twin Transfusion Syndrome – something that affects only identical twins) but factors such as time, environment, and their general life experiences can change that.

On the other hand, we need to look back even farther to see how fraternal twins are formed: specifically, up to the time of your ovulation. A typical woman will usually only release one egg cell during ovulation, and that single egg cell is then fertilized, forms a zygote, then grows into an embryo.

However, either due to the influence of genetics or medicine, a woman can release two egg cells at once, which are then fertilized by two separate sperm cells from the father.

These two egg cells develop into embryos of their own – fundamentally different children, with their own DNA, placenta, amniotic sac, and other parts. They attach to your uterus and grow into babies.

Dizygotic twins are two separate children that happened to be born at the same time – which explains why despite their identical dates of birth, fraternal twins may be different genders, have different DNA, and essentially act and look differently from one another.

However, they are still genetic descendants of both the mother and the father.

To put it briefly, here’s the critical difference:

Identical (or monozygotic) twins follow the same steps as a routine pregnancy, with the only difference that the embryo formed splits into two.

Fraternal (or dizygotic) twins are formed from two egg cells fertilized by two different sperm cells, which then develop as a routine pregnancy.

Your chances of having either kind of twin will depend on a variety of factors, and it’s often quite hard to be entirely sure which ones will affect the type of twin pregnancy that you have. If you think you’re having twins, or wish to know what kind of twins you’ll be having, the best step would be to call your doctor.

While twins ultrasounds can somewhat reasonably determine the type of twins that you’re having, a DNA test is the only sure way to find out.

There are also different health hazards that are unique to these twin types. Again, asking your doctor and regularly consulting with them during your twin pregnancy can go a long way in assuaging any kind of fear or worry you might have.

If you want to learn more, here’s a video about twin development that you might want to take a look at. 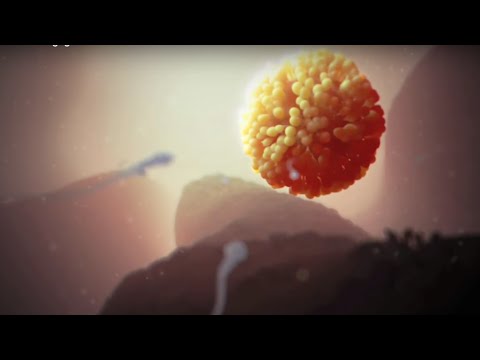 And whether or not your future loved ones are identical or fraternal, the important thing is that you still recognize them as two children that have their own quirks, personalities, and foibles!

Loving your children is the standard for any parent, and whether or not how they were formed shouldn’t be a factor in that kind of love.

If you’ve loved this piece on the difference of identical vs fraternal twins, please leave a comment below.