In Vitro Fertilization Twins: Is It Possible?

Some couples have a difficult time conceiving twins naturally because of medical conditions, among other factors. Fortunately, advancements in the medical field have produced technologies, making it possible for women to conceive even in vitro fertilization twins.

You read that right— twins that are conceived via IVF. Although it may seem far-fetched, numerous studies and testimonies point to the potential of the medical procedure in increasing a woman’s chances of having multiple babies in just one pregnancy.

What is In Vitro Fertilization or IVF?

In vitro fertilization is the process of fertilizing a woman’s egg cell outside of her body and implanting it afterward. While many are attesting to the effectiveness of the procedure, it wasn’t always as it is now.

In fact, according to a review of 30 years worth of in vitro fertilization advancement, the first experimentation on fertilizing oocytes outside the human body resulted in several miscarriages. It also caused an unsuccessful fallopian tube pregnancy in one instance.

Then, a breakthrough in the medical field happened in the 1970s. Lesley Brown, a patient from England who was diagnosed with infertility for nine years, underwent the procedure with the help of Oldham General Hospital’s Robert Edwards and Patrick Steptoe.

Without the help of any fertility drugs, Brown underwent laparoscopic egg retrieval where one of her eggs was fertilized and implanted back to her womb. Then, she became the first woman to conceive a child via in vitro fertilization successfully. She gave birth to her daughter, Louise Brown, in July 1978. 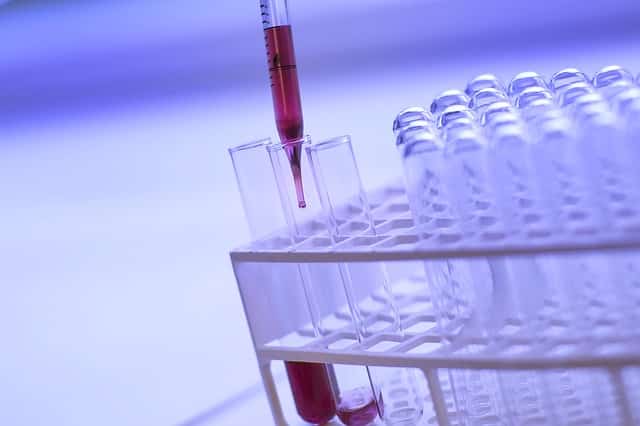 Babies born through IVF are sometimes called “test tube babies” because of the process of their conception.

To help aspiring mothers and their partners understand IVF, the American Pregnancy Association explained how the process works in five steps:

Although the process is virtually painless, some women are given medication for the discomfort they might feel during the extraction and implantation process which concludes within a span of six to ten days.

In Vitro For Twins

Because of the increasing success rate of the procedure, in vitro fertilization has already gained so much popularity among couples who have trouble conceiving. People who want to have twins are starting to turn to the procedure because it can increase the probability of having multiples in one pregnancy.

To raise the chances of success for the medical procedure, doctors extract and fertilize multiple egg cells in a laboratory dish. After that, they also put more than one embryo inside the mother’s womb for a better chance of implantation. This means that if the two fertilized egg cells get implanted, twins are conceived.

However, statistics show that only 1 out of 10 IVF births turn out to be twins even if a lot of people— experts and non-experts— attest to the increased chances of having twins with IVF. This was revealed after the Human Fertilization and Embryology Authority (HFEA), a fertility clinic regulator in the United Kingdom, declared their goal to minimize multiples in a pregnancy.

The HFEA is pursuing a lower rate of multiples pregnancy through IVF. Although some people may consider it a blessing, authorities find it alarming because of the increased risk for mothers who conceive multiples.

What are the Risks of In Vitro Fertilization Twins?

There are two types of risk attached to twins conceived through in vitro fertilization: the side effects of the procedure itself and the dangers of carrying twins.

The procedure has been developed in a way that would minimize discomfort or pain for the patients, but some women still experience certain side effects shortly after the IVF. Some of these include:

There are also some situations when the patients experience a condition called ovarian hyperstimulation syndrome (OHSS). As far as the recorded incidents are concerned, about 10 percent of aspiring moms who undergo IVF procedures experience OHSS symptoms, some of which are included in the list above.

On top of that, conceiving twins via IVF also has certain risks for women who are 30 years or younger, are diagnosed with polycystic ovary syndrome, have high anti-Mullerian hormone (AMH) levels, underweight, or have a history with OHSS.

There are also complications to conceiving twins, including:

Almost all higher-ordered multiple pregnancies and 3 in 5 twins are born prematurely. Mothers carrying more than one fetus are at higher risk of experiencing gestational diabetes and anemia.

Similarly, pregnant women who are expecting twins or more have a bigger chance of developing hypertension. This is doubly troubling because of the higher probability of placental abruption.

On top of that, congenital disabilities like spina bifida, neural tube defects, and heart and digestive tract issues appear in multiple pregnancies.

And then, there’s the mysterious condition called the “vanishing twin syndrome” which happens during the first trimester of gestation for some women.

Twin-to-twin transfusion syndrome may also occur in twins who share a single placenta. This condition is characterized by one twin getting less blood while the other gets too much.

Over time, the “donor” fetus develops low amniotic fluid levels while the recipient fetus has too much. In some cases, twins with TTTS needed to be delivered prematurely.

While in vitro fertilization twins are indeed possible, it is best to know everything there is to know first before signing any waiver. Aside from the incredible benefits of having multiples in one pregnancy, couples should take the risks into account, too.