Twins are caused when the fertilised egg splits in two early in your pregnancy. In extremely rare cases, the egg can split far later than normal, which results in your twins sharing a placenta, and also sharing their amniotic sac.

This is called Monoamniotic-Monochorionic twins, (which literally means they share the same amniotic sac and placenta,) mono mono twins, or sometimes even mo mo twins.

Because both of your twins are sharing the same space, with no barrier between them, mono mono pregnancies carry considerable risks for your babies, and require incredibly careful monitoring to make sure that everything is all right.

Unfortunately, even discovered early, momo twins survival rate is quite low, with an in-utero mortality rate of around 50%, because of risks like cord entanglement and twin to twin transfusion syndrome, (TTTS) which we’ll go into below.

What Does This Mean for You and Your Twins?

As soon as it’s discovered that you’re carrying these twins, you should be referred to a doctor specialising in high risk pregnancies, (a perinatologist.)

Because of the risks involved with this type of pregnancy, you’re likely going to need a higher level of care, with far more scans and much closer monitoring as you go through your pregnancy, to catch any complications as they arise.

Bear in mind that both of your twins should be perfectly healthy. Long term, as long as both are born safely it’s not going to affect their health, and they will both go on to live normal, happy lives. 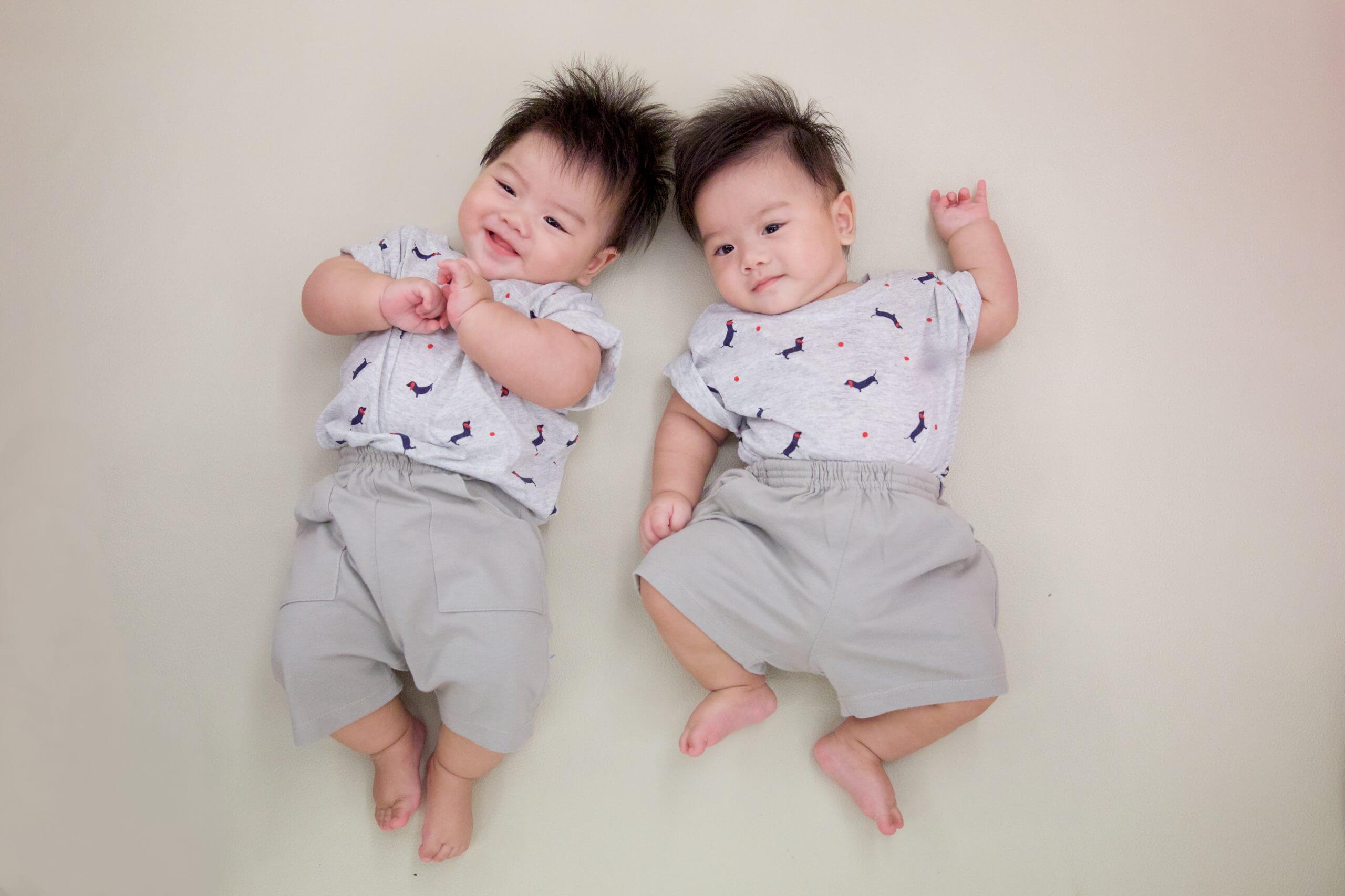 Unfortunately, because they share one amniotic sac, they’re at a far greater risk of fetal death than any other sort of twin pregnancy. Possible complications that can affect your twins include:

Because these problems can only be detected by scans, it’s especially important for moms to be that are expecting mono mono twins to be constantly monitored, to enable any situations that occur to be dealt with as best as possible.

Will Having Mo Mo Twins Affect Your Pregnancy?

Premature delivery is also incredibly likely, as it is with all twins. You aren’t more likely to have an early delivery than any other type of twin birth, but the chance of your twins being born very early, ( generally before 32 weeks) is much higher, almost twice as high.

Your doctor will likely recommend that your twins are delivered before their recommended due date, and it’s also a lot more likely that a caesarean section will be recommended, to aid in delivery and lower the possible risk of complications.

If a cord entanglement situation is discovered, it is possible that your doctor will recommend an extremely early delivery, potentially as early as 24 weeks, as cord entanglement is a major risk and this gives them the greatest chance of survival.

TTTS has also recently become treatable, using a technique called laser ablation that strategically severs smaller blood vessels in the placenta to balance the blood flow between your babies. Whilst this sounds scary, it increases the chance of both twins making it to full term from around 10% to almost 70%!

What Can You Do for Your Mono Mono Twins?

Carrying them isn’t normally any different for the mother. It generally depends on the needs of your babies, and can change depending on differing situations.

The most significant change is the frequency of scans and other health and observation checks, which your doctor will perform to make sure that nothing major is happening that could threaten the well being of your babies.

In the worst cases, for example cord entanglement, it’s possible that you could be hospitalized to give your doctor the ability to constantly monitor you, but this is only going to happen in the worst cases.

In general, just look after yourself as best you can and follow any advice your doctor gives you. Get adequate rest, eat healthy, try not to overexert yourself, and don’t worry. Remember that you’re in the best hands possible!

What Does All This Mean?

In the past, learning your twins were mono mono was a massive problem. It meant that you were probably going to lose one, if not both. But with advances in medicine and the far greater level of care we have today, having mo mo twins isn’t the sentence it once was.

Of course, you’re still going to need close monitoring, and it’s natural to worry, but just remember than finding our your twins are mono mono early gives them the best survival chance possible, and in all probability you’re going to be giving birth to a pair of happy, healthy babies! That’s awesome!

Did you have mono mono twins? Maybe you’ve just been diagnosed with a mo mo pregnancy and want to ask our advice, or even offer some. Whatever it is, we’re here, and whatever you need, let us know in the comments below.