One of the first comments that you’ll get whenever you have a child usually goes along the lines of “Aw, he/she looks just like their mom/dad!” You may have smiled and thanked the compliment, and moved on. But have you ever wondered how this dynamic would be influenced if you happened to have (or are expecting to have) twins? What exactly would paternal vs maternal twins mean?

More than that, how does it even happen in the first place? Is it something that occurs due to how the pregnancy happens (for example, the fertilization process) or something more intrinsic to the human biology? Read on for the interesting explanation for this occurrence.

Maternal vs paternal twins – a short history of genetics

The reason that this happens is twofold. The first reason suggests that because the egg cell and the sperm cell are unique to mother and father (respectively) the resulting zygote will be a mixture of these two individuals. So this mix is a natural reflection from the parents that contributed their genes to the child.

The second reason is that this genetic mix protects and enhances the baby’s life. It’s behind the concept of why inbreeding is bad for all species – genetics work by complements, not by similarities. Offspring will often combine the best of both genes that their parents possess and will pass this down to their own family. This goes on for generations and is the model that is followed by all species that reproduce sexually.

So the reason as to why children look like their parents is quite simple – because the parents give a little bit of themselves to produce their child! This is also the most common reason as to why family members look alike. Similarities will come from offspring that have close cousins in their area or environment, which also explains why people look a certain way in different parts of the world.

So what makes paternal vs maternal twins what they are?

This is primarily based on the process of how the egg gets fertilized. While it is entirely possible for one egg to be fertilized by one egg cell and split into two, it’s also possible to have two separate egg cells fertilized by two different sperm cells.

Assuming that the eventual twins that are formed share the same parents, this is what creates paternal or maternal twins: how their fertilization happens. This is the process when the egg cell meets the sperm cell that will eventually form into a baby – and is the building block of how twins happen.

A quick recap: identical vs. fraternal

However, there are differences in this process that decide what kind of twin develops in the womb afterward. There are a variety of factors that affect this, like fertility treatments and genetics – things we’ve discussed before. But for now, here’s a quick recap.

Identical twins are created when a fertilized egg splits into two, forming two fetuses that attach the uterine wall and grow as most babies do. These babies may or may not share a placenta, and can have intervals between their birth. However, for all intents and purposes, they are identical – if not in appearance, in certain parts of their DNA.

On the other hand, fraternal twins are formed when two separate egg cells are fertilized by two separate sperm cells. It’s the reason why fraternal twins can have different genders or look slightly different. Their DNA may differ in that one twin may take after one specific parent more than the other, but for all intents and purposes, they’re still considered as twins.

This difference in the fertilization is process is the primary factor into the kind of twin you’ll have. We talked about the difference between fraternal and identical twins in depth before, but if you want to know more about twins, here’s a video that might be of use: 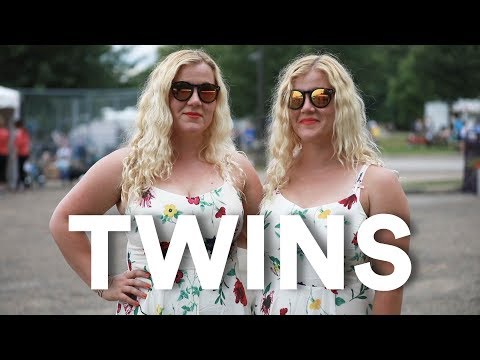 So how will this affect the children?

Well, aside from the usual effects of being born with another pair (as twins will lead drastically different lives from those who were born without twins), not much. There may be some slight issues that can be unique to the kind of twins that they are, but every parent will have the expectation that their lovable children will live well and happily.

With the way genetics works, they may even be able to pass down such traits to their own children as well! There have been studies on the theory that the twin gene itself passes down from parent to child, and while still a bit hazy on the sureness of the results, there’s a good chance that your twins will have twins themselves in the future!

Depending on their mother and father (and here we are again with genetics) twins can possess a variety of characteristics inherited from both. With a little bit of luck, they can find someone who their genes are compatible with as well and pass down the best of both you and them to their future offspring. Whatever the case will be, make sure to both love and cherish your children as they grow up!

Do you know someone who’s still confused about the difference between paternal vs maternal twins? Share this article with them so they can understand!