Twins Marrying Twins And Having Twins: An Actual But Super Rare Case

That is exceedingly, incredibly rare.

And yet it happens. Given how identical twins share such a special bond, it makes sense when you hear that some of them choose to be with partners who are also twins. It’s a rare event, but there’s actually a name for these types of unions: quaternary marriages.

It can all be quite confusing. Let’s take a closer look. 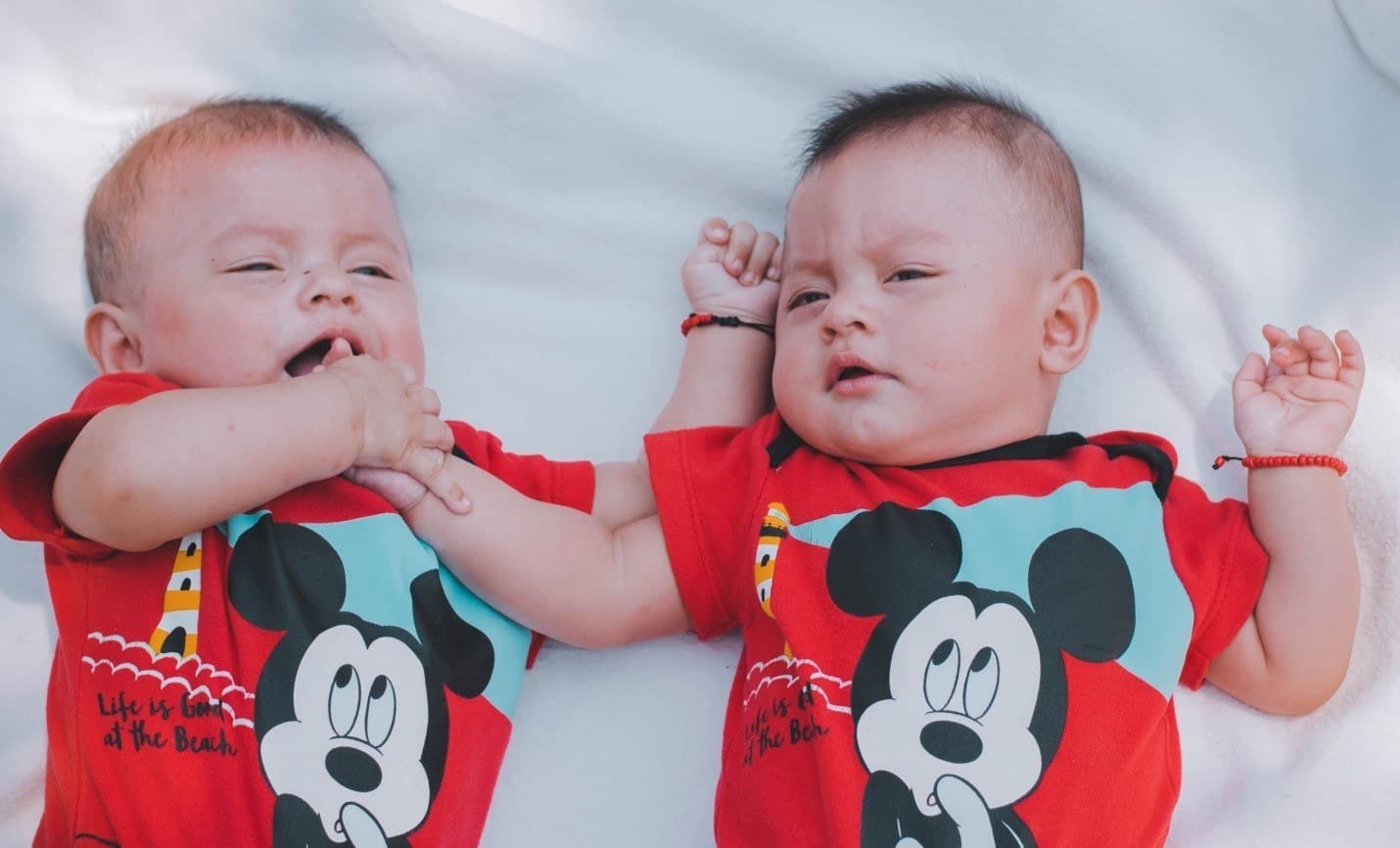 In the US, there’s a family just like this. Their story is quite fascinating.

Identical twins Mark and Craig Sanders met identical twins Darlene and Diane Nettemeier at a twins convention in Twinsburg, Ohio. The sisters were visiting family in the area and had decided to drop by the event. There, Darlene met Mark and, as he later told Today, it was love at first sight.

Shortly after meeting Darlene, Mark introduced his brother Craig to the girls. The two sets of twins fell in love and each couple carried on a long distance relationship. Before a year had passed, Craig and Mark decided that they would both propose to their respective girlfriends on the same day.

The two pairs of identical twins got engaged (with similar engagement rings) and were married in a joint ceremony (wearing the exact same outfits). The brides’ father walked the two of them down the aisle at the same time.

Not long after the wedding, the couples built their homes side by side, with a fence in between and a shared yard.

The big and extraordinary family has been featured on television shows and in documentaries. They still live in their neighbouring houses.

The Sanders aren’t the only couples to find love at the Twins Days festival in Twinsburg, Ohio.

This year, another two sets of identical twins were prominently featured on TV and on social media after they wed at the annual gathering. Identical twins Briana and Brittany Deane married identical twins Jeremy and Josh Salyers exactly a year after meeting at the festival.

Months after first meeting at Twins Days, Josh and Jeremy proposed to their respective girlfriends at the Twin Lakes State Park in Virginia — the same place where the two couples spent their first dates. For the double wedding, the brides wore matching wedding gowns and the grooms wore matching tuxedos.

According to Briana and Brittany, their wedding was something they had long dreamed of. In an interview with Fox, Briana said that ever since she and her sister were little girls, they knew that they wanted husbands who were also identical twins.

Similarly, Josh and Jeremy had always known that they could never get married unless it was to identical twins.

The couples said that after their nuptials, they plan on moving into the same house and eventually starting their families. They said that they intend on raising their future children under one roof.

Twins marrying twins and having twins: is this normal?

There’s absolutely nothing wrong with this scenario. It may be a “once in a blue moon” type of thing, but apart from the fact that it may raise some eyebrows, it’s normal and actually quite serendipitous.

If the two Salyers couples above give birth to their respective sets of identical twins, the situation will be similar to that of the Sanders. Jeremy and Briana’s twins would be the genetic siblings of Josh and Brittany’s twins. But formally and in reality, the children would be cousins.

Because they are all identical twins, both sets of parents have the same selection of genes. This means that genetically, Josh and Jeremy are indistinguishable, as are Briana and Brittany.

This is in no way similar to incest. Birth defects that happen because of inbreeding occur because the parents share too much of their genetic material, as in the case of daughters and fathers or brothers and sisters procreating.

Unlike what happens with inbreeding, these two sets of identical twins can reproduce safely. There’s no reason to believe that their children’s development and health will be at risk.

Even when identical twins marry and have children with people who aren’t twins, their respective children will still be biological half-siblings because one of their parents (the ones who are twins) share DNA.

But just because the Salyers’ future children are biological siblings doesn’t mean they’ll have similar traits or that anyone can predict what they will be like. Genes are just one part of what makes humans who they are, after all. There’s still the “nurture” part, which also plays a big role in shaping the people we become.

So. Twins marrying twins and having twins? It’s all perfectly safe and normal. In fact, it’s a one in a million miracle!