How Do Twins That Don’t Look Alike Happen?

The twin phenomenon is nothing short of fascinating.

The mere fact that a mother conceives multiples is mind blowing by itself, but then you get a unique and delightful surprise when you find out that you gave birth to twins that don’t look alike at all – as in, zilch resemblance! Why and how? It would be interesting to know that the explanation may go beyond being fraternal twins.

Why are there twins that don’t look alike?

The National Human Genome Research Institute explains that some twins may not look exactly alike by looking into the two different types of twins namely, the monozygotic and dizygotic. Monozygotic twins are actually identical twins who come from one and the same embryo.

After fertilization, this embryo divides. Since they come from the same DNA, their genes are a hundred percent identical.

Dizygotic or fraternal twins, on the other hand, are twins from two eggs that get fertilized by two different sperm cells. This would mean that both siblings share some common DNA.

If, for example, these twins are the same gender, they will not look the same because they don’t share all of their genes. The fetuses have a different genetic constitution. It is also possible that they will be of different genders.

Biracial Twins are otherwise called “mixed twins.” From a biological perspective, biracial twins are fraternal (dizygotic) twins. They are basically born to multiracial families who differ in various traits and racial features like skin color. This may also be a clear reason why some twins look nothing alike.

There is a small number of genes that are responsible for a human’s skin color. These gene variants (alleles) sets a code for the differences in the melanin within people’s skin.

There are a number of biracial twins who have been featured because of their extraordinary stories. Among these celebrated twins are Marcia and Millie Biggs who was featured by National Geographic on April 2018.

Marcia and Millie’s parents, Amanda Wanklin and Michael Biggs, gave birth to the fraternal twin girls on July 2006 who had some similar features but were very different in the color of their skin.

Marcia inherited her mom’s light brown hair and fair skin while her twin had black hair and brown skin like her father. Their mom Amanda is English, while their father Michael is Jamaican. The twins were definitely used to being asked if they really were twins!

Another story that is equally fascinating is that of fraternal twin sisters Lucy and Maria Aylmer. The twins are actually the youngest among the five siblings in the family. Find out more about their story in the video that follows. 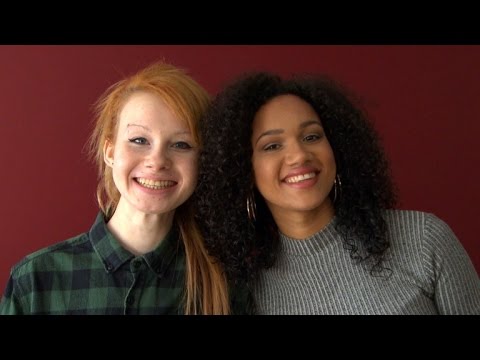 According to statistical geneticist Alicia Martin, when a biracial couple has fraternal twins, their twins’ traits would depend on different things like where the ancestors of their parents are from, as well as the complexity of pigment genetics.

Superfetation: An unusual and rare type of twinning

Once an ovum is implanted, hormones would stop the process of causing another ovulation, preventing the release of yet another egg. But in the case of superfetation, these norms aren’t really so. So, instead of just conceiving one baby, there can be a second fetus from the succeeding menstrual cycle.

But even if the fetuses develop at the same time, they differ when it comes to maturity because they may have been conceived days or weeks apart. But again, note that superfetation is a very rare occurrence.

Yet another reason why twins do not look similar is that they have different fathers. This is called superfecundation and can only happen to fraternal twins.

Another explanation as to how superfecundation happens is related to fertility treatments. An example of this is the case of Dutch twins Koen and Tuen Stuart. These twins are a result of IVF or in vitro fertilization. At the lab, there was quite a mixup where equipment was used twice, so another man’s sperm was mixed with the father’s.

It has been proven that even identical twins will not look or act exactly alike. Although they develop from the same egg and sperm having the same DNA, there are environmental differences in how they develop which causes them to have obvious differences like their height or weight.

In the womb, one of the twins may have a better connection with the placenta so they get more nutrients compared to the other twin. Another thing that causes these differences is epigenetic. This means that each twins’ genetic profiles may change or diverge as they age.

This happens especially when they spend more time apart.

Reasons that explain the phenomenon on twins that don’t look alike continue to leave a number of people baffled. The science and biology behind twinning can sometimes be difficult to comprehend but what is more important is understanding the circumstances as to how and why not all twins look alike has its benefits.

How to Survive as a New Twin Mom?

Table for Two Twins, Please! Why Do You Need One?