What Is Vanishing Twin Syndrome? Causes, Symptoms, Treatment and More

In about 1 out of every 5 twin or multiple pregnancies, one of the twins is lost very early on and simply “disappears.” This is called Vanishing Twin Syndrome, and while it usually occurs in the early weeks of twin pregnancies. As a pregnancy loss, it is no less devastating than a twin miscarriage further down the line.

What is Vanishing Twin Syndrome and is there any way to avoid it?

What is Vanishing Twin Syndrome and what causes it?

The phenomenon known as Vanishing Twin Syndrome wasn’t recognized by doctors until 1945 when it became more common to use ultrasonography to check on pregnancies in their early weeks.

Vanishing Twin Syndrome occurs when one fetus in a twin or multiple pregnancies die in the womb and the fetal tissue is absorbed by the mum’s body, the other twin, or the placenta.

This makes it look like the baby has literally “vanished.”

Back when ultrasound wasn’t used in prenatal care, doctors could only determine that a twin or multiple was lost during pregnancy by checking the placenta after delivery. But now that early ultrasounds are available to most mums, doctors can see very early on if a mother is expecting twins or multiples.

It also makes it easier to detect when one of the twins or multiples has disappeared.

When do Vanishing Twin Syndrome Occurs?

This is how a Vanishing Twin Syndrome diagnosis is usually made: an expectant mum may be told at 6 or 7 weeks that she is having twins. But when she returns for her next scan (usually the 12th-week ultrasound), she may be told that only one heartbeat can now be detected or only one fetus can be seen.

Sometimes, a mum goes in for an early scan and is told that one of the twins is much smaller than the other and that the pregnancy may end in Vanishing Twin Syndrome.

Vanishing Twin Syndrome normally occurs during the first trimester. There are rarely any serious medical risks to the mum or the surviving twin when it happens this early in the pregnancy.

Doctors aren’t 100% sure why Vanishing Twin Syndrome occurs. Some possible explanations for the phenomenon include:

Vanishing Twin Syndrome is not caused by external factors and cannot be the result of something the mum or her partner did. There’s also nothing that the mum and her partner can do to prevent it from happening.

Cases of Vanishing Twin Syndrome have been diagnosed more and more since doctors started using high-quality ultrasounds. Ultrasound technology is now so advanced that a pregnancy can be detected almost as early as the moment of implantation.

However, many pregnant mums don’t have access to early ultrasounds, which means that they would have no idea if they were carrying twins in the early weeks of their pregnancy. This suggests that the real rate of Vanishing Twin Syndrome is probably higher than 1 in 5 or 1 in 6.

If you’re pregnant with twins, reading these statistics can be quiet nerve-racking. Just remember that once you’re out of the first trimester, the risk of Vanishing Twin Syndrome decreases significantly. After you’ve gone past 20 weeks, there’s only a 3% chance of losing a twin.

About 80% of all cases of Vanishing Twin Syndrome occur very early on, even before your doctor can detect a fetal heartbeat. If it happens during the first trimester, there are usually no outward signs that it has occurred. The mother will still have high levels of the pregnancy hormone hCG and will simply continue feeling pregnant.

However, there are rare instances when there are signs that the mum is experiencing a vanishing twin. These signs include:

There’s a big chance that the symptoms aren’t related to Vanishing Twin Syndrome, but you should still consult your doctor if you experience any of the above in the first trimester.

Statistics show that Vanishing Twin Syndrome is more common in mums over the age of 30. Apart from that, there doesn’t seem to be any specific risk factors for it. If you’re already taking care of yourself by maintaining a healthy lifestyle, you’re already doing a good job at protecting your unborn babies.

If Vanishing Twin Syndrome occurs in the first weeks of pregnancy, no specific medical treatment is necessary for either the mother or the remaining fetus.

But if it happens in the second trimester or third trimester, the pregnancy will have to be closely monitored and considered high risk. If the mother has experienced repeated miscarriages, she may be advised to undergo genetic counseling. 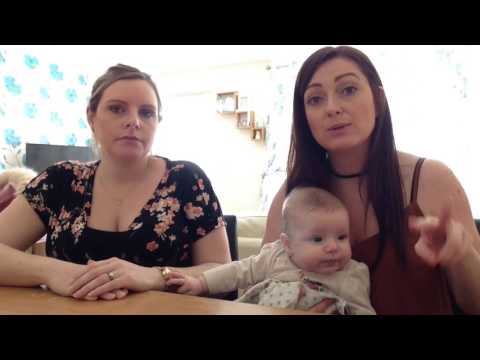 What are the vanishing twin syndrome surviving twin symptoms?

If the loss occurs in the first trimester, the surviving twin will usually be born without further complications. However, if it happens in the later stages of pregnancy, the remaining twin could be at increased risk of cerebral palsy.

Vanishing Twin Syndrome can also lead to significant obstetric difficulties. The mum will have to be closely watched for signs of bleeding, infection, preterm labor, and other complications. Some studies suggest that there is also a greater risk for low birth weight and health issues later in life for the surviving twin.

Many parents struggle to cope after a Vanishing Twin Syndrome diagnosis. If you’re one of these parents, know that it’s perfectly okay to feel confused, angry, and sad over the loss while also feeling joy and excitement over the coming birth of the surviving twin.

The rollercoaster ride of emotions can be quite overwhelming, but remember that you’re not alone in this. If you want to learn more about what Vanishing Twin Syndrome is and how other mums coped in its aftermath, check out our forums and Facebook page.