The question as to what makes twins identical is nothing short of intriguing! Once they’re born, everyone anticipates the many ways these twins will look alike. This includes how they talk, how they smile, how they dress, and how they do things together.

It is interesting to be part of their adventure as they grow up to know what makes them so alike.

What are identical twins in the first place?

Contrary to popular belief, the term “identical twins” describes how the twins form, and really what they look like. Identical twins are medically known as monozygotic twins who share physical characteristics and are of the same gender. This means that the twins develop from one (mono) fertilized egg, otherwise known as a zygote.

Once this zygote splits into two after conception, this results in the growth of two individual embryos. Now, because these embryos developed from one egg and one sperm, they have the same DNA or genetic makeup. This is the primary reason why identical twins are identical.

When and how are identical twins formed?

Yale School of Medicine also explains that the timing as to when identical twinning stage happens is crucial to how these twins develop. The first is the embryo divides at a two cell stage, making the twins most identical. The second stage is in five days, which results in a mirror image of identical twins. The third phase is on the ninth day where identical twins are a mirror image but no share only one sac. Finally, if the division happens after the tenth day, the twins become conjoined.

Generally, if the egg splits earlier, the more independent each twin will be so they will each be having their own placenta, chorion (the outermost fetal membrane), and amnion that later on gets filled with amniotic fluid.

Early splitting would mean that the twins may be less identical than those who separate at the latter part of the blastocyst stage. 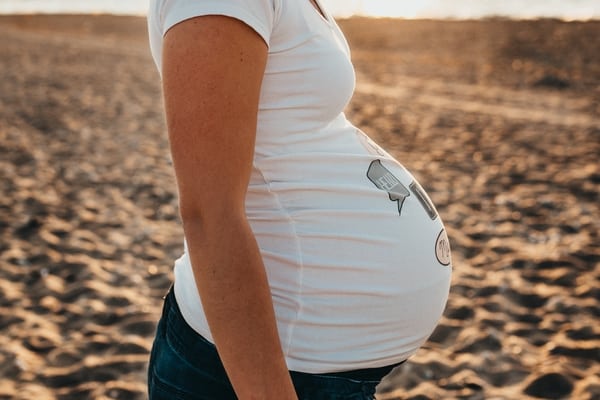 What causes Identical Twins to occur?

We know for a fact that monozygotic twins or identical twins form due to the environment in which a single zygote splits into two embryos after fertilization. But the answer as to why this split occurs is not fully known.

Research on IVF may have a more precise explanation as to how identical twins occur. IVF can increase the chance of twins, especially as more than one embryo is transferred. These embryos are more likely to split into identical twins than naturally-conceived embryos.

Is it possible that identical twins may not necessarily be 100% identical?

At a certain point in cell division, before the 14th day after conception, the identical twin embryos share all of their DNA. However, during the early stages of fetal development, the twins go through more than three hundred genetic mutations which are also considered “copy errors.”

This is where the influences of nature-and-nurture come into play when it comes to identical twins.

How will I know if my twins are identical?

One way to find out if your twins are identical is through a Twin Zygosity DNA Test. This test involves DNA analysis and is done after the babies are born. The test is done by taking a cheek swab from each twin.

These are then shipped to a highly specialized lab where the DNA is extracted, analyzed and compared. The DNA analysis is done twice to ensure a hundred percent accuracy.

Furthermore, the zygosity test compares each of the twin’s DNA profiles to see if they match. If an exact match is found, then the twins are surely identical. This test is helpful in finding out potential health risks for the twins.

These potential risks include certain structural abnormalities that lead to heart defects, or a slow birth rate or intrauterine growth restriction (IUGR) that is more likely in identical twins who share one placenta (monochorionic).

What are the odds of having identical twins?

One-third of all twins will be identical. All women who are pregnant have the same chance of conceiving identical twins. To be exact, that tendency is 1 in 250. But one thing is for sure though, identical twins do not run in families. Identical twins are also not dependent on what race, country or ethnic affiliation.

Increasing the odds of having identical twins is therefore not possible. Luck, coincidence, and chance are the only things that can make this possible. It has nothing to do with genetics. In conclusion, identical twins happen at random.

When it comes to the idea of what makes twins identical, being curious is inevitable. Ultimately, in finding out more about this twin phenomenon, the sense of excitement and expectancy should not cease.

Instead, it should all the more leave us fascinated at how such a random thing can bring about remarkable additions to a growing family.