Loss of a Twin During Pregnancy: The Hard Truth

It is never easy to deal with the fact of a loss of a twin during pregnancy. A number of conflicting emotions could spring out from such an incident. This can even include us endlessly asking the question, “Why did this happen to me?”

This is why it is important to understand the circumstances behind such loss to clear doubts and hopefully achieve a sense of comfort.

Twin pregnancy complications: What are the possible causes of losing a twin during pregnancy?

The loss of one twin in a pregnancy within the first trimester is called Vanishing Twin Syndrome. What happens is the fetal tissue of the miscarried twin is either absorbed by the other twin, the placenta, or the mother. Vanishing twins occur in 20%-30% of multiple pregnancies.

According to the American Pregnancy Organization, the cause of vanishing twin syndrome is not yet fully known. The abnormalities that cause the vanishing twin seem to be present early in development rather than something at random or from a sudden occurrence.

Based on the analysis of the fetal tissue or placenta, certain chromosomal abnormalities are seen in the vanishing twin, while the twin the survives is healthy. Another reason this happens may be due to improper cord implantation.

What is the likelihood of losing a twin during pregnancy?

In a twin pregnancy, the risk of losing a twin in the first two trimesters is a bit higher when compared with a single pregnancy. More specifically, for identical twins, the risk is raised slightly further because these twins share one placenta, and may even share the same amniotic sac.

In addition, having a late miscarriage (after 12 weeks of pregnancy and before 24 weeks) is very unlikely. Late miscarriage in a twin pregnancy may commonly be caused by the onset of twin-to-twin transfusion syndrome or an abnormality in one of the twins.

The risk of babies being stillborn increases after 38 weeks. If, for example, the mother has not given birth to her twins at this time, health professionals would usually suggest inducing the labor. This is especially recommended with identical twins who share one placenta.

Those who are most at risk to this are women who are older than 30. This may be because older mothers have higher chances of conceiving twins or multiples, especially if they are going through fertility treatments.

Twin Miscarriage: What are the symptoms?

Quite frankly, there are often no symptoms to this at all. But those who have experienced this would say that the symptoms include mild cramping, vaginal bleeding, pelvic pain, and a decrease in hormone levels, specifically HCG, as detected by blood tests.

Other known symptoms include nausea, vomiting, or a compression in your baby bump.

It is to be understood, however, that while these signs and symptoms may have an indication that one fetus has been miscarried, this is still not a sure sign of loss. The best thing to do when you experience any of the symptoms is to contact your doctor immediately.

What happens to the remaining twin after loss of a twin during pregnancy?

If the loss of the twin happens during the first trimester, the prognosis of the surviving twin is commonly excellent, but of course, this depends on the factors that caused the loss of the other twin in the first place.

If the twin dies during the second or third trimester, there are known risks to the surviving twin, including a higher tendency of cerebral palsy.

In general, the surviving twin is not at all affected by the loss of the other. That remaining twin will achieve full gestation without any complications. However, research has found that 7% of women who experience losing a twin will deliver the other baby before 28 weeks of gestation.

So, there is a risk that the surviving baby will have a low birth weight and have some health issues later in life. 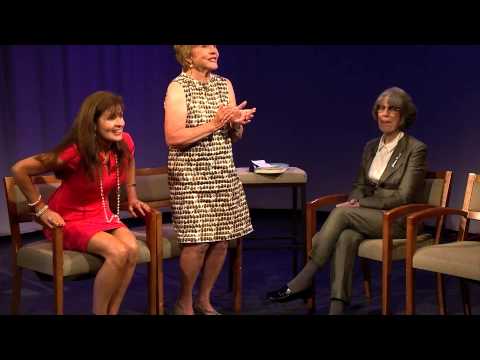 How can I cope with the loss of a twin?

Losing a twin will have an effect on you and on everyone close to you in numerous ways. One of the most felt emotions in this situation is grief. Whether people around you understand this or not, it is important for you to grieve your loss and come to terms with it.

When it comes to grief, there are stages to it and understanding these will help you through. The first stage is shock and denial. At this time you may feel numb with disbelief asking why this happened. Then you would begin to feel anger and guilt, wanting to pin the blame for such a tragedy.

The third stage is despair and depression. This, perhaps, is the saddest part of it all. You’re unable to eat, sleep or be interested in anything. The fourth and last stage is acceptance. After the pain and tears you’ve shed, you will be able to come to terms with your loss.

Bear in mind that you’re not forgetting what you lost, but you’re able to accept it and go back to living a fruitful and vibrant life.

In coping with such a loss it is important to accept your feelings, whatever they may be, and allow yourself time to pick up the pieces. You can also take some time off work to have the rest you need.

In addition, it is important to talk about what you are going through with other people you trust. This is the time you need all the emotional support.

The loss of a twin during pregnancy is the last thing any mother would want to think of or go through. But if it does happen, it is important to discuss these matters with your partner and the family.

It is also recommended to consult a health professional or a counselor to help you through the process.